The sheer diversity of the packages that live within Cydia are those that make the platform a great place to search for software for a jailbroken device. The chances are; if you want to manipulate or alter a part of Apple’s mobile operating system, then there is always something for everyone on Cydia, which gets the job done. But what about those who want to significantly alter and tweak the default slide-to-unlock slider and text? Well, for that there is now a package called FaceSlideR that comes from the guys over at Manchild Technologies.

FaceSlideR can really be thought of as a standalone app rather than a tweak which amends a small part of the operating system, and is being talked about by the developers as the first-of-its-kind on Cydia thanks to the level of customization it offers. As is generally the case with some packages, you need to wade through the official information to extract the bare nuts and bolts of what the software actually offers the user, and in this case, FaceSlideR allows jailbroken users to customize the slider knob and text which appears on the lock screen of the device. 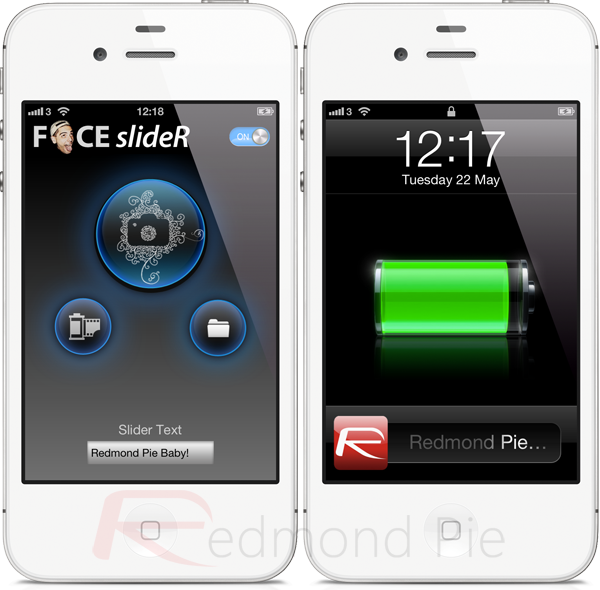 While this may not seem amazing, the beauty of FaceSlideR lies in the way it allows users to do all the customization via the app’s very own interface. First and foremost, users can choose to set a new image for the slider knob, which can be chosen from the device’s Camera Roll, from an already created list of icons, or by using the device’s camera to snap a new image. In addition to that, when the image is actually chosen, FaceSlideR offers real-time image processing, allowing users to amend and edit the image on the device before setting it as a slider image.

The app also contains the ability to amend the string of text that appears in the slider’s placeholder on the lock screen. By launching the app and simply tapping on the text field that is found at the bottom of the interface, a new string of text can be put in place of Apple’s already-default ‘Slide to Unlock’. If you prefer not to create your own images, then the developers have included a set of pre-built icons, featuring some of the hottest names in the tech reporting industry, and of course, Redmond Pie is in there. 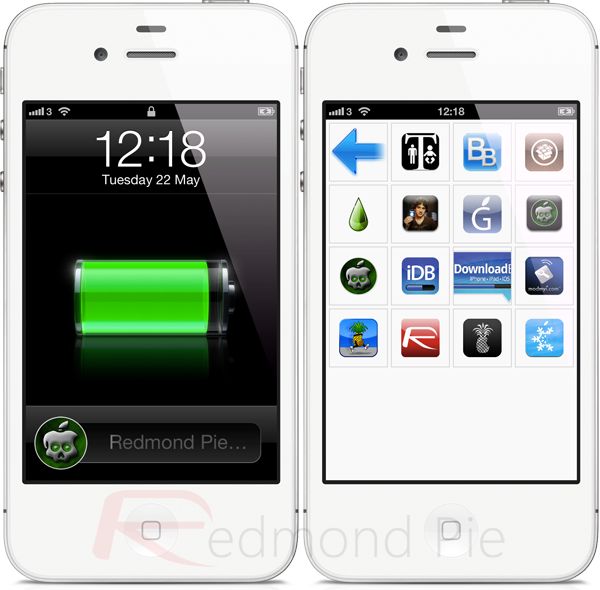 This particular Cydia-based app may not appeal to everyone, but for those who want to drastically change the look of the lock screen slider, this is definitely something to check out.

FaceSlideR is available to download from the MacCiti repository at a cost of $2.99 and requires iOS 4 or above to be installed.