With iOS 8, Apple opened one of the biggest and perhaps most controversial barriers for the entire platform that powers iPhone, iPad and iPod touch, and that was native third-party keyboards. While we immediately saw an influx of popular Android offerings like TouchPal, SwiftKey and Swype, which also spelled that developers would now be able to come up with better text input methods for iOS devices that shook the traditional norms established around this practice. With exactly this in mind, enters mazec; a new ‘keyboard’ for the iPhone and iPad that offers an accurate handwriting input method.

The sole concept behind mazec is allowing users to "write" on their iPhones and iPads rather than type. Hence, the keyboard carries a fantastic predictive system that is able to read even poorly done scribbles as well. Assuming that you’re writing in English, mazec will not only perform recognition on your on-screen writing, but also compare it contextually to your previous inputs as well as its own dictionary database, allowing the alternative keyboard to achieve pretty decent accuracy in deciphering what you actually meant to say. And for the most time, it really works. 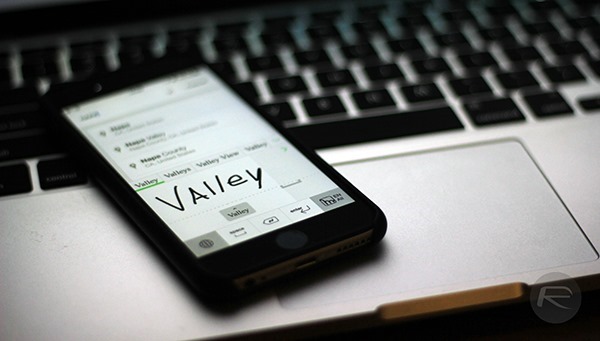 There are quite a few other cool things to note about mazec as well. For instance, it focuses on one hand operation for the iPhone in particular. The developers’ rationale is that you don’t need to engage both your hands to speedily input text on your device, or, at least, you shouldn’t have to. Thus, thanks to mazec’s exceptional phrasal database, it manages to keep up with even the poorest scribbles to get you the right output. On top of that, the app has a learning mechanism which can either monitor your input patterns to better adapt to your style, or you can even teach it intentionally to decipher particular words in a particular fashion. 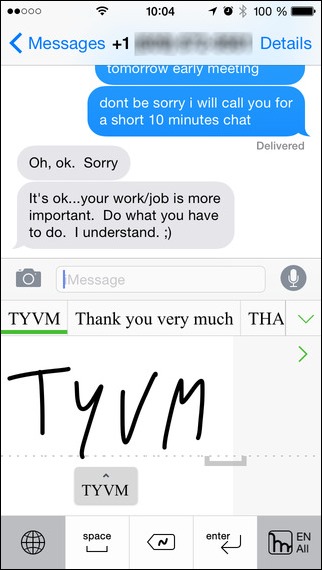 Among other features come emoji support, which, I must confess, is the easiest with mazec owing to its accurate translation of drawings. You can also use keyboard shortcuts with mazec, just like "omw" translates to On my way! on the stock keyboard. 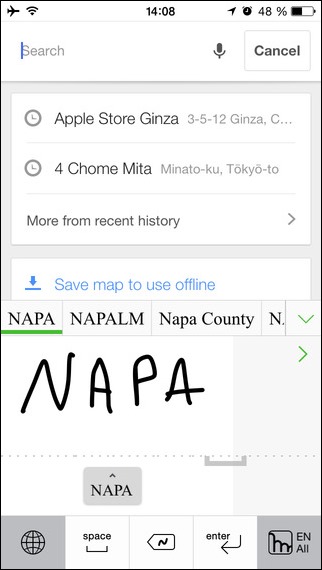 mazec, right now, supports only English and Japanese, although we expect new languages to be added soon. The app is on the pricier side, costing $4.99 in the iTunes App Store. 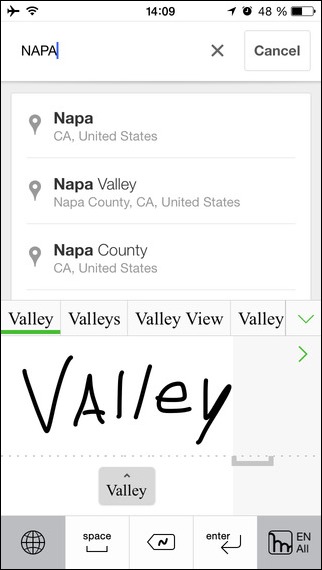