Jailbreaking an iOS device is an excellent way to introduce additional functionality to the already fantastic user-experience which Apple packs into their mobile devices like the iPhone, iPod touch and extremely popular iPad tablet. As well as introducing new feature sets to the device, users can install packages, tweaks and enhancements that alter the way the operating system functions and change substantial parts of it to suit their own tastes and usage methods. Of course, it isn’t all about tweaks and system changes, some users just love to alter the visuals of the device rather than make do with Apple’s own aesthetic vision.

Cydia is inundated with theme submissions on a daily basis, and in all honesty, the majority of them don’t even come close to offering an enhanced visual experience on the device. Thankfully, every now and then, one crops up that goes a little bit above and beyond, and actually offers something exceptional. The OS X Mountain Lion for iPad could just be one of those themes which falls into that category and is available now to download, not from a default repository but from the independent ThemeIt app. Mountain Lion, and OS X in general, is a pretty gorgeous operating system with beautiful icons and a lot of attention paid to user-interface elements. This theme is probably the closest iPad users will get to replicating that experience on their mobile device. 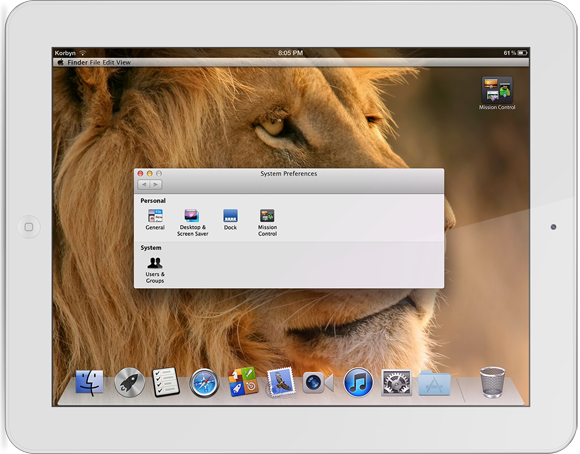 It is worth mentioning that OS X Mountain Lion for iPad is a DreamBoard based theme, meaning that it entirely depends on having the DreamBoard theming platform installed on the device before it can be activated. It also contains pretty much everything you would expect from a premium theme purchase, containing over fifty actual OS X Mountain Lion wallpapers and the ability to make use of OS X 10.8 widgets, like sticky notes, clock and calculator directly on the desktop. The theme also features a fully functional and animated Dock with access to Launchpad and Mission Control functionality, as well as authentic drop-down menus that give access to About This Mac and Finder instances. 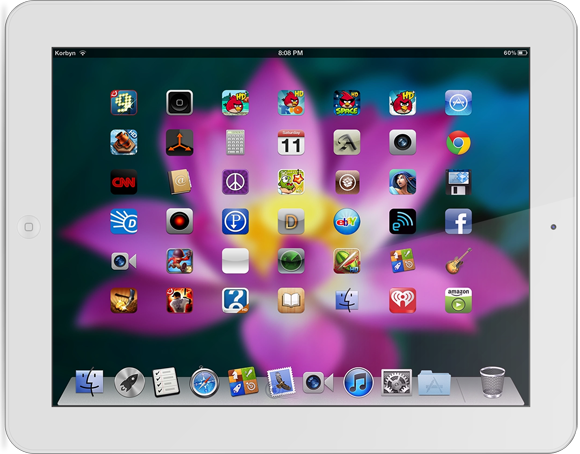 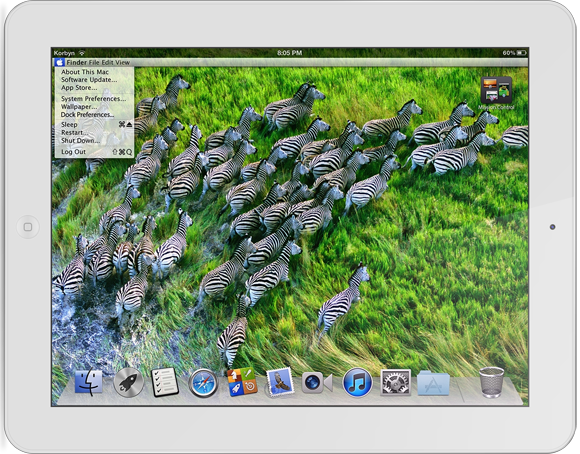 The theme is fully Retina-ready and looks gorgeous on the new iPad’s Retina display, with the next update to the theme also promising to bring fully-functioning window minimization. As is usually the case with DreamBoard themes, it does take a little bit of getting used to how everything works and fits together, but it is definitely worth the investment in OS X Mountain Lion for iPad if you want a beautiful and powerful theme that totally changes the visuals of the iPad.

A few days back we also featured the OS X Pad HD iPad DreamBoard theme, though that specific theme comes packed with tons of features, such as moveable windows just like we acquainted to in the full-blown desktop version of OS X, but the major difference where OS X Mountain Lion for iPad theme wins is; Launchpad and Mission Control. Both themes come with their pros and cons, but it all boils down to the personal choice of the user and what feels best. Though I’d personally love to see a mash-up of both the themes for an epic OS X experience on the iPad.

OS X Mountain Lion for iPad is available as a $1.99 download from the ThemeIt app and requires a jailbroken iPad and the DreamBoard app installed.

(Thanks Korbyn for sending this in!)