Yet another text message that can crash or freeze your iPhone running iOS 10 has been discovered, fortunately, the fix is easy to implement this time around. Here are the details.

It seems text messages and malicious links that can wreak havoc with iOS devices have become a sort of trend over the past few months as yet another toxic text has been discovered – this time, courtesy preston159.com. The text, which is simply a combination of four characters – a white flag emoji followed by a character called VS16, a zero, and a rainbow emoji – can freeze any recipient iPhone, iPad or iPod touch running iOS 10 – 10.2.1 for two, even three minutes at a time, after which the device will respring automatically. 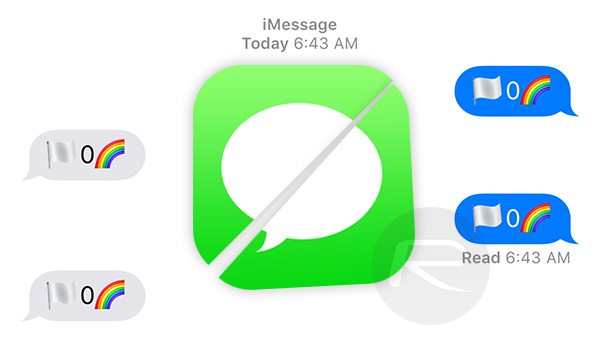 The user can force a reboot, of course, but that itself can take quite a bit of time depending on the device. The bug is more of a minor nuisance than a major cause for concern, unless you have more than a few friends fond of playing cruel pranks.

Fortunately, it takes a bit of work to send the text from one iOS device to another, with one of the two methods involved requiring a computer and the recipient device to be on iOS 10 – 10.1.1. The second method, authored by YouTuber EverythingApplePro, works across all current versions of iOS 10, including 10.2.1 betas, and doesn’t require a computer, though it does take a tad longer.

There is no protection against the text short of blocking any contacts that have a history of sending it to you, and the only quick fix upon receiving the text is, as mentioned earlier, forcing a reboot. The Messages app may, in certain cases, fail to load even after the affected device has been resprung or restarted. The fix for this too is a simple one, thankfully. The following simple steps will get your Messages app back up and running if it happens to continue crashing or loading to a blank, white screen after reboot/respring.

Step 1: On your device, launch Safari and head on over to vincedes3.com/save.html.

Step 2: Select Open from the dialogue box that appears to jump into the Messages app.

Step 3: Exit out of the new thread it creates within the app and delete any threads with the text that caused your device to crash.

If you’re one to revel in the misery of your friends, you may watch the video guide embedded below. We would advise against it, though. Even if empathy eludes your dealings with friends, remember that the message can just as easily be sent right back at you.