The Smart Cover, which Apple rolled out with the iPad 2 in March, creates a novel way to keep the tablet as blemish-free as humanly possible, while helping to preserve battery life by putting the device into an instant sleep. 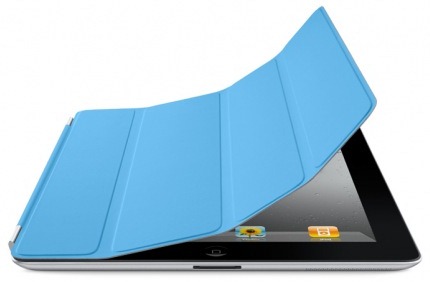 But what if, apart from saving valuable juice, the cover also doubled-up as a charging accessory, giving the iPad a surge of power when you start getting those oh-so-awful battery warnings in the middle of an important task?

Unfortunately, we cannot (yet) report that this is something which the Cupertino company has decided to do. But, never failing with ideas executed to an often abysmal standard, the cheap-electronics brigade has come through with something which theoretically makes a huge deal of sense, and certainly could be envisaged as a future product.

It costs a mere $38 and goes by the name “Anytone Smart Cover Power For iPad 2”, but as is, near always the case with such products, you get what you pay for. It attaches fairly subtly to the smart cover and claims to offer an extension of battery life of up to 4 hours. 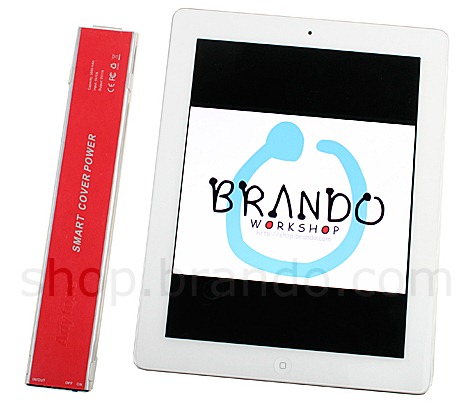 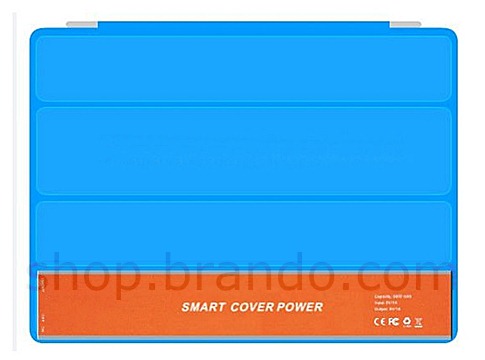 Looking at the design, it does seem as though the creators could have gone with creating something better, or moreover three better, and added a battery cell to each of the four panels, in theory creating an additional 16 hours of usage. That said, it would no doubt make the product an eyesore than it already previews, which while not so important to many, may not appeal so much to those seduced by the slickness of the iPad. Nonetheless, this sort of battery pack would bode well for those who regularly run out of battery through high usage and despise using the battery conservatively.

I say this sort of battery pack, because really, you would have to be out of your mind to purchase this specific device to plug into a tablet which costs hundreds, or if you’ve the 64GB 3G version, more than 800 dollars. If it were, say a Griffin or a Belkin for example, then it would be a potentially huge product. But the damage risk of a cheap add-on such as this could be huge, so the advice is, wait for the reputable manufacturer if you are indeed one of those full-brightness, FPS-loving iPad users who also like their music on full blast.

Let’s just hope that Apple produces something along these lines with the next iPad, giving the cover some power to compliment the smartness. If you’re somewhat hooked to the idea of owning one of these, then head over to this link, but keep in mind, we’ve warned you earlier about the potential risk of damage.

(via Cult Of Mac)