There’s nothing worse than being out somewhere far away from a charging facility with a mobile device about to cease functioning through lack of power. As such, most of us make provisions for this common eventuality, be it in the form of a spare battery, a USB cable, or a power pack that enables us to rejuvenate our mobiles by adding a few emergency droplets of juice. A new Indiegogo campaign offers a slight twist on the usual external charging hub with a peripheral that not only generates its own energy through your natural movements, but also keeps a log of how much you’re burning off.

We’ve seen attempts by accessory makers to offer solar energy battery charging systems, but the consensus remains that a second battery of some description is still the least arduous way to recharge on-the-fly. But the iMoveCharger, which, despite its name, actually caters to most mobile devices as well as those bearing the famed bitten-apple logo, takes the same pendulum-based mechanics of self-winding watches and, for the first time, attempts to produce a battery pack that doesn’t require much by way of user intervention. 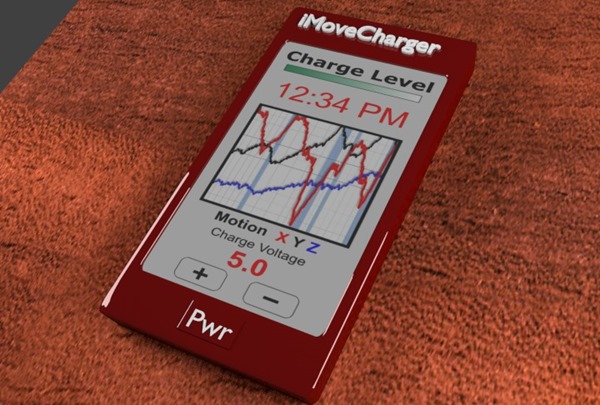 Remembering to make allowances for lack of battery is just half of the battle faced by mobile device owners. Sure. we can carry around a spare battery in our pockets without too much complaint, but eventually, it just leaves us with more stuff to charge back up, to the point whereby we feel as though we’re spending too much of our lives fighting the waning reserves of lithium.

But the iMoveCharger, which features meticulous, fascinating mechanics to make the hassle-free charging possible, is completely different to anything we’ve seen so far. It features several different adapters which you can change depending on your device, as well as a neat user interface that lets you adjust your voltage level and check charge levels. 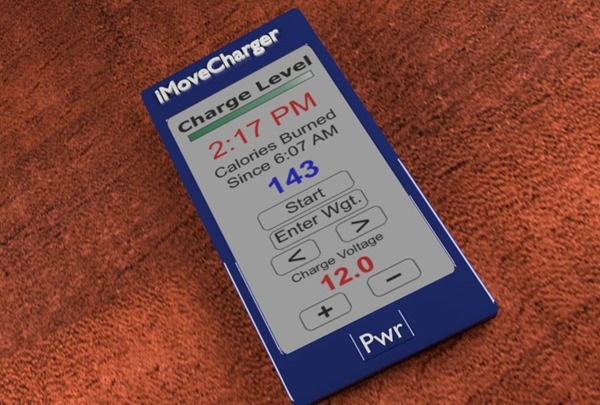 The real clincher of the iMoveCharger, however, is the fact that you can also see how many calories you’re burning while you’re moving around generating all this power, so not only are you benefiting your device’s general health, but also, your own.

The project has ten days to run, and has reached just over $1,500 of its $25,000 goal. Suffice to say, it does need the support of interested parties if it is ever to see the light of day, so be sure to check the link below to check out the project’s page.