The Samsung Galaxy Note II is a very inviting device. Once you’ve got over the intimidation of it’s phablet form factor, you can begin to enjoy some of the perks an incredibly large display brings, and the Multi Window feature of the new Samsung smartphone epitomizes the usefulness of the 5.5-inch Super AMOLED HD display.

If you haven’t been following the larger-than-life handset, the Multi Window feature allows two apps to be shown on the display at the same time, side-by-side. Not only is this a fantastic little quirk when making comparisons, but it’s infinitely more productive, since it allows you to perform two tasks at the same time.

As the saying goes: if it sounds too good to be true, it most probably is, and while the much-lauded feature does work as advertised, the limited support for only a small percentage of apps has meant it hasn’t caused the amount of fuss it should have. As I say on an almost daily basis though, the Android community thrives like no other, and thanks to the hard work put in by aficionados of the Google mobile platform, the Multi Windows support is no longer restricted to just a handful of apps. 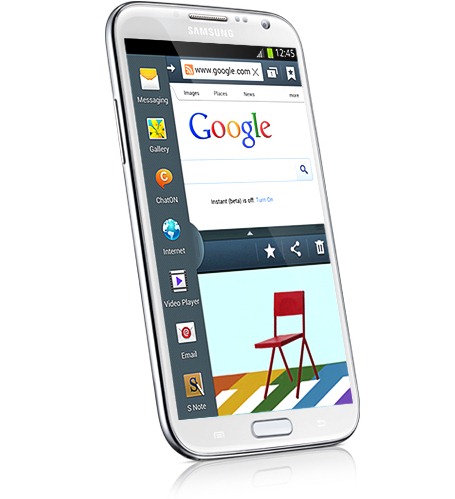 It comes in the form of a simple mod, which you’ll need to flash in recovery mode. Before you dive in head first and realize there’s a glass platform halfway down, you’ll need to make sure you pick up the version of the mod compatible with your device’s ROM. Moreover, you will also need to check out whether your ROM is odexed or deodexed (it only works with deodexed ROM), so if you’re not used to modding your Android device, you’ll probably be better off skipping this particular process.

If you would like to break free from the restrictions of the Multi Window feature of the Galaxy Note II, then please head over to the original thread at XDA Developers to get started. It’s still in it’s early stages of development, so it may have its imperfections, and while it’s certainly not for the faint of heart, once you do get the mod up and running, the rewards could be great.