Although Windows Phone received a much-welcome boost from Apple co-founder Steve Wozniak, it’s fair to say, in terms of smartphone news, Microsoft’s mobile platform doesn’t really get in amongst the exciting end of the scale. In a refreshing turn up for the books, however, one particular Windows Phone enthusiast has modded his Nokia Lumia 800 to enable wireless charging.

A couple of days ago, Woz was full of praise for the Windows Phone ecosystem and in particular, the Lumia 900, and in an industry where iOS and Android enjoy the lion’s share of publicity, his words have certainly helped raise raise the profile of Windows Phone. 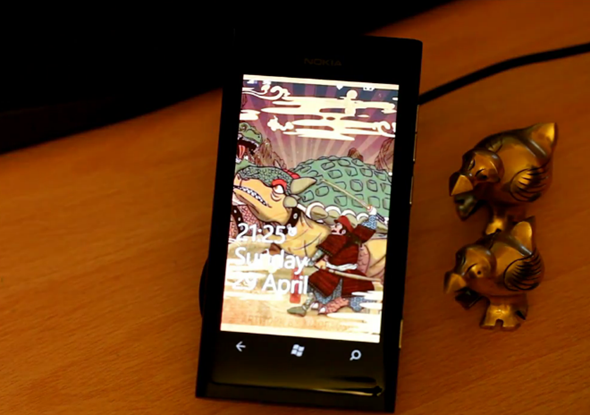 Following on from that, one Windows Phone users has taken the rather brazen move to mod his Lumia 800 to offer a similar wireless charging mechanism offered by Palm / HP and that Touchstone charger. While most of us probably wouldn’t dare tamper with our device to such a degree, it sure is exciting to watch the seasoned modders get their hands dirty. The method, which, by the way, we don’t recommend trying out unless you’re sure you know exactly what you’re doing, can be viewed from start to finish:

While we’re perhaps not prepared to begin dismantling our beloved devices in this way, it doesn’t necessarily mean we wouldn’t love to see wireless charging implementation. Nokia, which has spent a great portion of the last decade as the number one cellphone manufacturer, would me more than adept, you feel, to implement the technology, and although Windows Phone is certainly gathering steam as we edge closer to the launch of Windows 8, much still needs to be done in order to prize consumers away from their beloved iPhone / Android devices.

We like the idea, and, as far as the video goes, the method is executed to absolute perfection. However, we’re not feeling brave enough to risk adding our Lumia 800 to the long list of expensive doorstops or paperweights.

Although, as stressed previously, this is a high-risk operation which we advise against partaking in, if you do give it a go, we’d love to hear how you got on, so feel free to drop us a comment via the usual mediums below.