Give Your Android Home Screen An Awesome Makeover With These Beautiful, Minimalistic Metro-Like Icons

Although the resolution of most Android devices means beautiful, elaborate UI elements can be achieved, minimalism is sometimes preferred, and more often than not, can actually look better than the glossy, 3D-ified finish.

Android user and designer Mitch S tried looking for some simpler icons than the rather adventurous sets laid on by those with design finesse, but to no avail, and thus set about designing his own set of minimal icons.

As you can see, they ooze simplicity while also having a look of sophistication about them, and would look wonderful on anybody’s home screen. Kindly, the creator has released them free of charge over on his site to those interested, along with some supplementary wallpapers which are, for the most part, just as easy on the eye.

Although improving functionality is one of the greatest aspects of owning and modding a smartphone, altering the look is almost as important to many. Custom launchers, for example, cater to both, changing the the way certain portions of the device run, as well as look, and you’ll need a decent one installed such as ADW, GoLauncher, Apex Launcher or similar in order to decorate your home screen with these nice, flat tiles.

If creating them and distributing them for free wasn’t enough, he’s also currently taking requests over on Reddit, so if you’re running some of the more obscure apps as opposed to the generic ones already covered, then now would be a pretty good time to head over to his Reddit post and ask nicely. 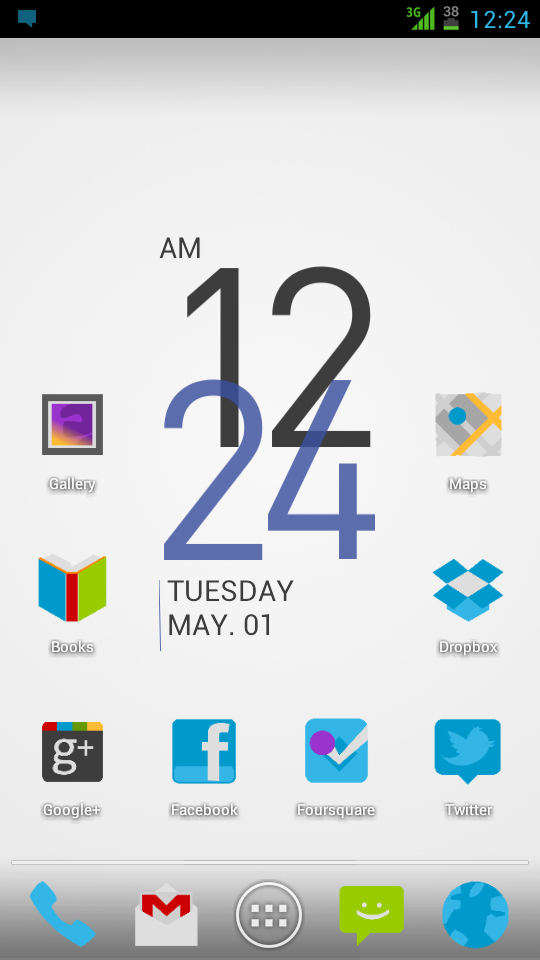 As a strong advocate of simplistic designs, I have to say I’m impressed with Mitch S’s designs. The 3D effects on most aren’t always in a uniform fashion, leaving them looking like they’ve been plucked from different places and simply plopped onto the same home screen by accident – as is actually the case. However, by keeping everything looking minimal and clean, it tidies up the OS as a whole and makes using your smartphone a lot more enjoyable.

So download the icons from the link below, and let us know if they float your boat by leaving a comment via our Facebook or Google+ pages.