The Samsung Galaxy S4 is one of the most popular handsets on the market right now; some might say the hottest smartphone released this year so far. But if you’re a Mr. Du from Hong Kong, you’re probably wishing it wasn’t quite so hot, as this poor man’s prized Samsung device caught fire and burned down his entire apartment. In one of the more bizarre stories to hit the blogosphere today, the Du’s Galaxy S4 spontaneously combusted, caught fire to his sofa, and the rest, as they say, is history.

He was using the device, to the point at which it became too hot to handle. We can all, to varying degrees, empathize with this situation, since the make-up of today’s mobile devices mean that when used to excess, heat is a recognized by-product. But in Mr. Du’s case, the Galaxy S4 became so incredibly heated that he, naturally, threw it under one of the most flammable property in his ownership.

Despite the rather irresponsible course of action, Mr. Du claims Samsung is liable for the fault because it caught fire without being tampered with by himself. Should it be found that he has modified the device for whatever reason, any responsibility on Samsung would be automatically nullified, but Du claims that his device was untouched and in the same physical condition as when he first made the purchase. 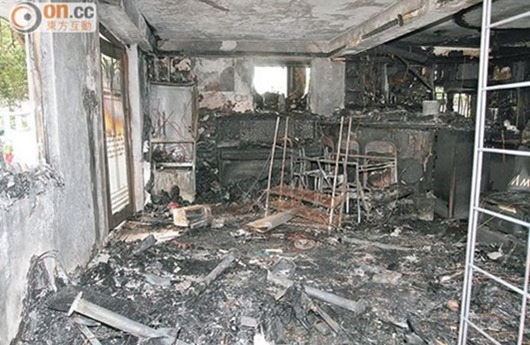 Those investigating the incident don’t quite concur, suggesting that had the device not been altered in any way, it would never have simply burst into flames. Like all reputable electronics companies Samsung must go through a series of strict quality and safety control procedures to stop this kind of situation from ever arising. Since this is the very first time we’ve heard of a Galaxy S4 simply catching alight to this extent, it will be interesting to see where the buck stops, but at the moment, investigators are checking chemical traces at the site to try and establish whether the device’s battery was official or a knock-off. 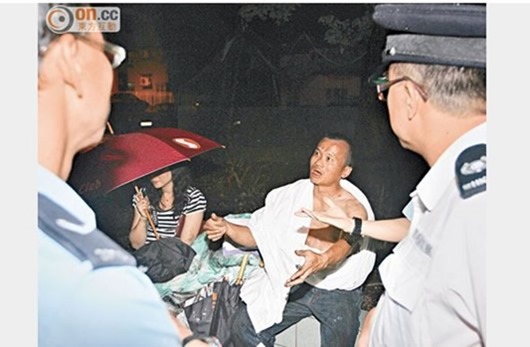 Samsung will be very much hoping that Mr Du’s device was not being powered by the battery shipped with the device, for the repercussions and potential recall factor could be huge.