We’ve all seen Star Trek, and some of us are a little too keen on the universe created by Gene Roddenberry. But whether you’re a fan of Star Trek or not, you can’t argue against the fact that the various different iterations on the original series as well as the subsequent movies had a knack of predicting some of the technology that we all take for granted today. Star Trek has its characters using tablets before the iPad (or even Tablet PCs, too) and voice recognition was being used on our TV screens before Siri and Google Now were even close to being announced. Skype didn’t exist, but those on the bridge of a Star Trek ship could talk to people on giant screens, just like we can today.

There was one piece of Star Trek equipment that hadn’t been recreated in real life though, and that was the humble tricorder. Allowing people to simply wave a handheld device at something and have information about it be instantly available was the thing of make-believe, and that was that. Until now. Turns out tricorders are possible after all. 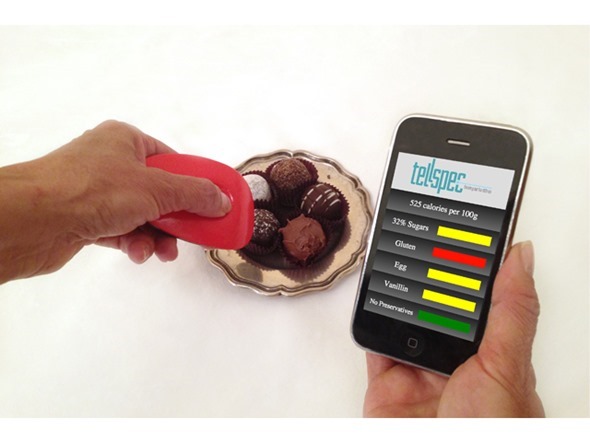 Created by serial entrepreneur Isabel Hoffmann following her daughter’s confusing illness, the TellSpec is exactly what we would expect a real tricorder to be.

The story goes that Hoffmann’s daughter was suffering from a baffling illness that turned out to be related to mold in the home which was causing the daughter to be particularly allergic to certain foods. The problem was it took over a year for the diagnosis, and even then the family had to move to a new home as well as tailor the daughter’s diet to remove the offensive ingredients. 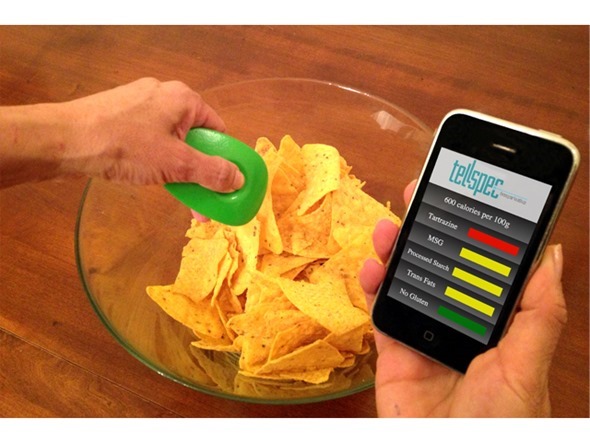 Where all that ties into TellSpec is simple. Hoffmann wanted to be able to wave something at food and instantly know what was in it. Allergic to gluten, nuts or just about anything else food-bound? The SpellTec can tell you that exactly what is in the food you’re about to eat so that you’re not at risk. It can even identify mold too, which is particularly pertinent to Hoffmann’s daughter. It’s not magic, just science. 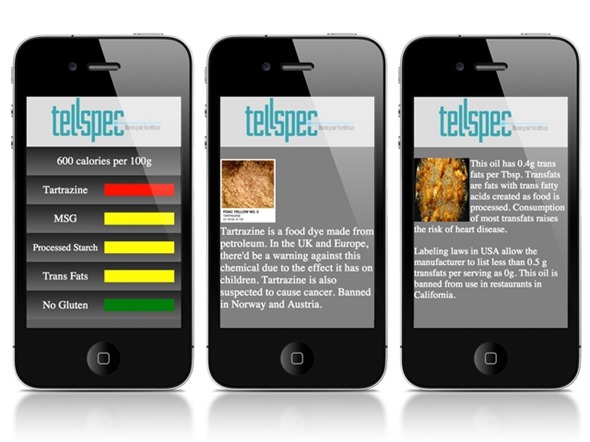 TellSpec works by beaming a laser at the object in question, with photons transferred in the opposite direction which allows the device to create its report. The whole thing ties into a smartphone app where the user can see what’s what. It’s not as simple as that once sentence might make it seem though, obviously.

We truly do live in the future now, and it seems people agree. The original Indiegogo project asked for $100,000. It’s currently at over double that, with days still to go.