September is shaping up to be an extremely busy, and highly interesting month for the smartphone industry. We’ve got Apple holding an event this coming Wednesday to introduce the highly anticipated next-generation iPhone. We also have elevated expectations surrounding LG this month, with the hope being that the Korean company will officially unveil the next iteration of its Nexus 5 at some point during September. To increase excitement around the possibility of that introduction, we’re also now seeing some leaked images that purportedly show the “Nexus 5X” in its final form.

We won’t officially know what LG’s new Nexus device looks like until we see it being held aloft by a company executive, but the image shown claims to confirm earlier rumors with regards to the physical design and visual aesthetics of the the Nexus 5X. It is reassuring that the image itself seems to have an almost exact likening to an image of a phone that leaked last month claiming to be the 2015 Nexus 5. The two leaks side-by-side provide enough weight for us to assume that what we’re looking at is the real thing. 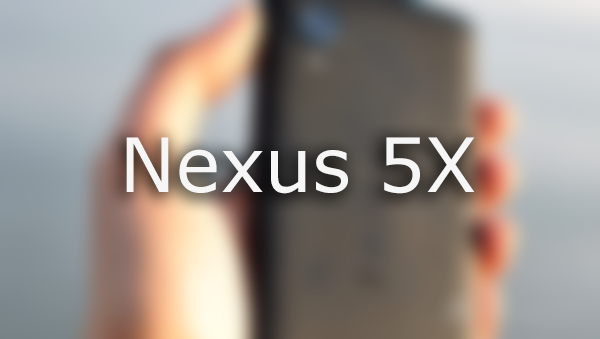 The provider of the image claims that it comes from “trusted sources”, but doesn’t say whether or not those sources are within Google, LG, or a third-party that has somehow managed to come across the high-resolution image. For Android lovers out there who have been waiting for this, it’s really incidental considering the leaked visual claims to show not only the final aesthetic design of the Nexus 5X, but also the embedded rear camera module with dual-LED flash, the camera’s autofocus sensor, and the integrated biometric fingerprint scanner that will let users purchase content using Android Pay, and authenticate accounts. 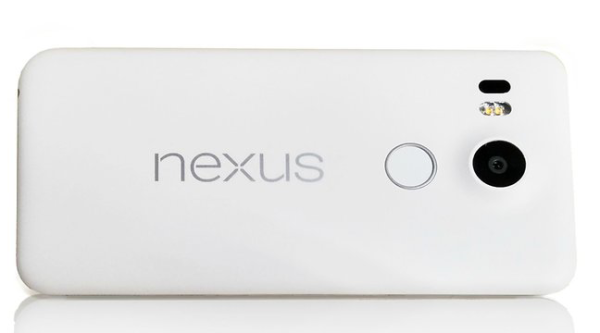 In addition to the newly discovered final design, we’ve also been party to the expected technical specifications that should accompany whatever device LG and Google introduce to the world. The exterior that we can see in the picture is expected to be wrapped around a 5.2-inch 1080p display, with an accompanying Qualcomm Snapdragon 808 processor under-the-hood, a 2700mAh battery, and 16/32GB of internal storage. The 2015 Nexus 5, or 5X as it’s known internally to LG, is also expected to ship with a huge 3GB of RAM on-board and a 13-megapixel shooter that’s shown in the leak.

“It will launch alongside Android 6.0 Marshmallow and the Huawei Nexus on September 29 at an event in San Francisco”.It is likely that interested consumers will be able to pick the handset up for sub $400 when it launches in the near future.

The original Nexus 5 was launched back in November 2013. The Nexus 5X will be a cheaper alternative to the new 2015 Nexus 6 models made by LG and Huawei. All three of these phones are expected to be announced at a Google media event which is rumored for late September.