This Is How Apple Should Do Notifications In iOS 5

Concepts of how Apple should spruce up its notification system for iOS are nothing new. Since man first stood upright the world has wondered just what Apple was thinking when it came up with the obtrusive, modal system we all know and loath. Now another contender has thrown his hat into the ring – and it’s a beauty.

Put together by Shawn Hickman, the new concept is based around replacing the current iOS Spotlight screen with a hybrid Spotlight/Notification screen. This is where all your past notifications could be listed, solving the current issue of users potentially missing older popup messages. 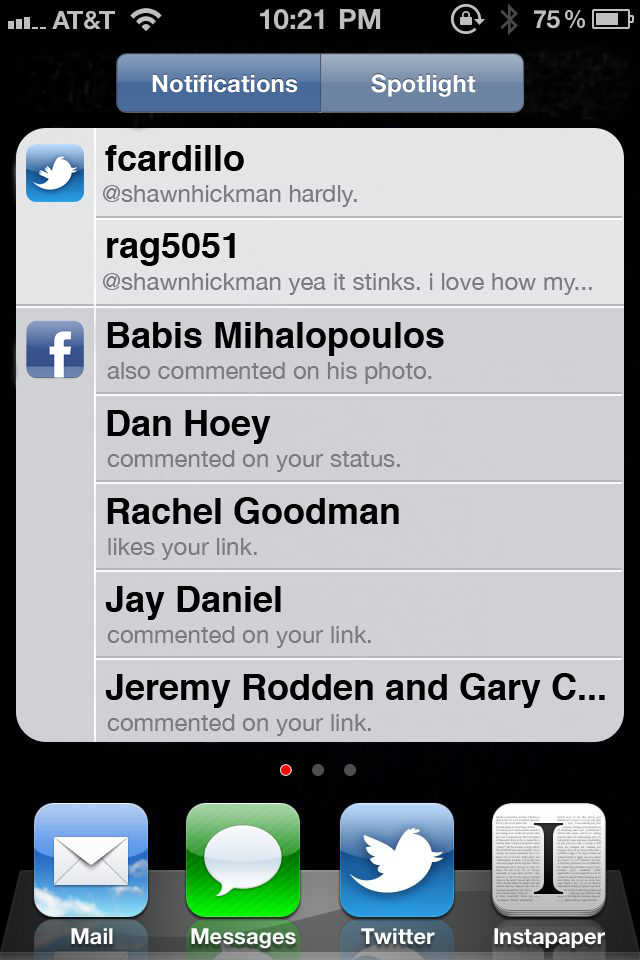 Once in the notification screen, all messages would be grouped by the app that generates them, keeping all Facebook, Twitter, SMS etc. notifications together.

When a message arrives, the concept allows for a slide-up message coming from the dock area, which can either be opened or closed for acting on later. 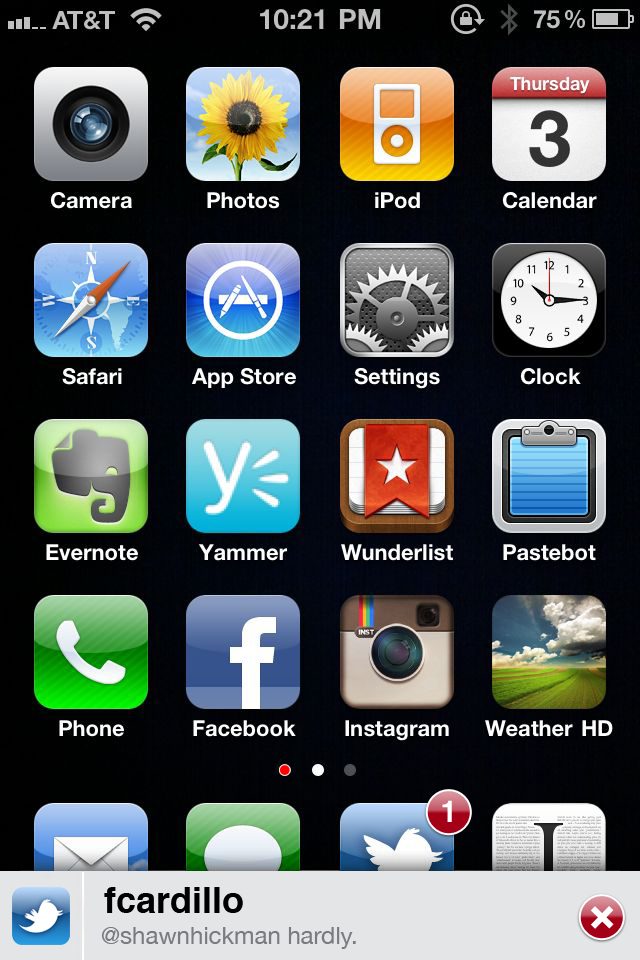 Hickman goes on to explain a few more design choices in his blog post. 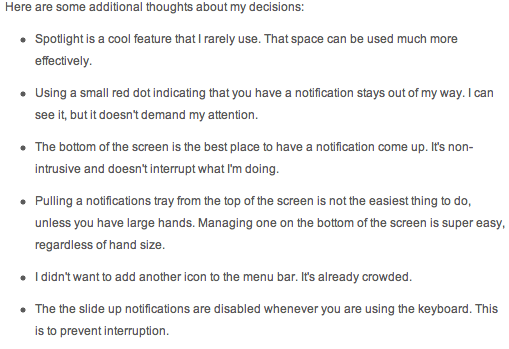 We at Redmond Pie love the ideas put together by Hickman, and sure hope Apple does take note. Reports have circulated before that Apple is keen to bring iOS app Boxcar into the operating system, and few would disagree that something needs to change in the way iOS handles notifications.

Hopefully we’ll get to see a new notification system in iOS 5 sooner rather than later.