Iron Man fever is currently sweeping the globe, with fans of the Marvel series naturally stoked about the prospect of Iron Man 3 hitting cinemas very, very soon. If you’re anxiously waiting for the film to reach your local box office and need your fix this instant, you may want to check out this uber-cool Iron Man mouse. While it doesn’t do anything particularly groundbreaking, it does look rather awesome, and although it only ships in certain parts of Asia, we thought some of you die-hard fans would want to check it out.

Japanese outfit e-blue has released this fantastic mouse in both gold and red color configurations, and although the Interwebs will probably be swept with a deluge of fake Iron Man merchandise as people look to capitalize on the hype of the upcoming blockbuster, this mouse has in fact been released under official Marvel license. 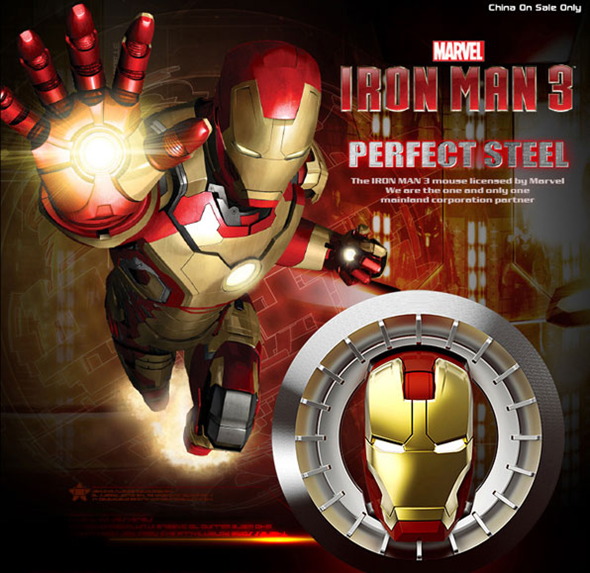 At a cost of 699 Chinese Yuan (which translates to just over one hundred bucks), you get the kind of mouse from which Iron Man fans’ dreams originate, and although it (somewhat disappointingly) doesn’t offer recharge facilities and requires two AAA batteries, those light-up eyes somehow make it all seem worth it. 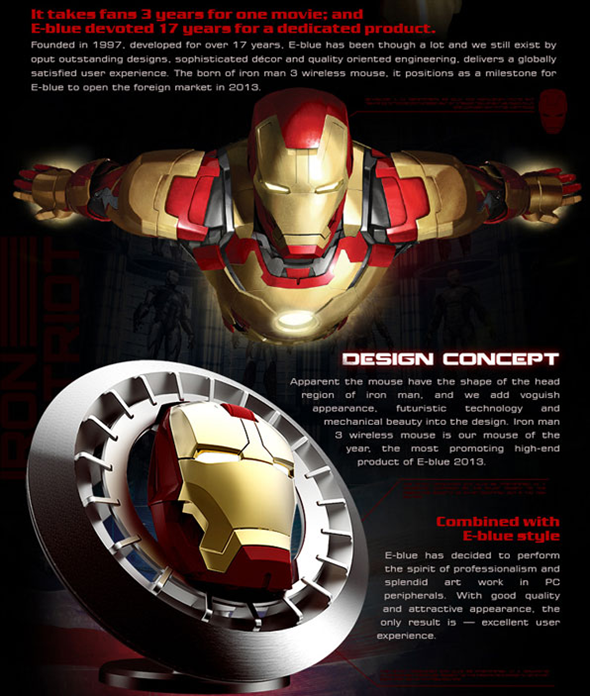 The mouse comes bundled in a "Proof that Tony Stark has a heart" case, so if you’re buying this as a collector’s item, you can be sure it will look just as epic in its original packaging as it would on the mouse mat. Although it is currently unknown whether this bad boy will make it through to the European / US market, we’re certain that if it did, it would be a big hit. Precisely half of Iron Man 2’s 624 million gross box office dollars originated from American fans alone, and with that particular movie having also been acclaimed by movie critics, Iron Man 3 looks set to be another smash. 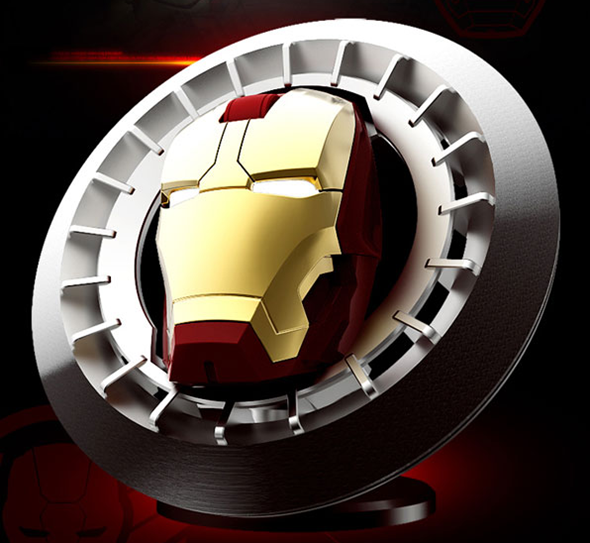 As many of you will probably be aware, the Iron Man 3 for iOS and Android game will be releasing later on this week, and we expect both the App Store and Google Play Store versions to release simultaneously. We will, of course, have all the details plus those all important download links once the title does finally arrive, so make sure you stay tuned to our coverage here at Redmond Pie!