This iPhone Charging Cable Comes With Built-In 128GB Of Storage

It’s an undeniable fact that smartphones are becoming increasingly important in our day-to-day lives. As technology progresses and our palm-sized devices become more powerful and capable, it’s almost inevitable that our reliance on them will grow. That’s why forgetting to take your smartphone, or even worse, taking it with you but running out of battery, is the stuff of nightmares. Let us introduce you to MemoriesCable; a portable lightweight charge and sync cable that not only offers the ability to charge and synchronize on the go, but also packs a massive surprise to the tune of 128GB.

The PhotoFast MemoriesCable looks a little different to your standard Lightning cable that Apple and various third-party manufacturers offer. Sure, it essentially does the same job when connected to an iPhone or iPad, but this little beauty from PhotoFast also contains a design that allows a whopping 128GB of additional storage to be utilized. PhotoFast is taking advantage of iOS’ new found ability to read and write data to Lighting port connected portable drives, but offering a slightly different take on the competition. 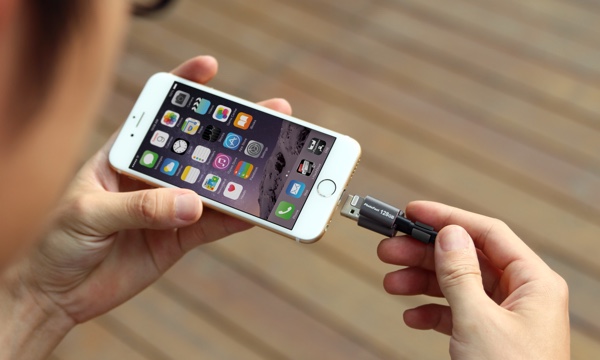 At first glance it appears that the cable itself is a little “bulkier” than other options that we’ve seen. That’s because it ships with a standard USB connection as well as a Lightning connector and a bulbous casing that allows the 128GB of additional storage to be built right into it. In actual fact, the MemoriesCable is actually on 130mm at its longest measurement and weights in a tiny 9.4 grams. When you hear those figures about its dimensions you immediately understand how lightweight, portable and useful it will be to a lot of users.

Having the 128GB of extra storage also means that iPhone and iPad owners can seamlessly back up and swap content between the accessory and the connected device. By taking advantage of the official PhotoFast app users can transfer movies, song files, photos, eBooks and whatever else you can get on there. Additional layers of security are also built into the app via fingerprint authentication to protect specific content from prying eyes. 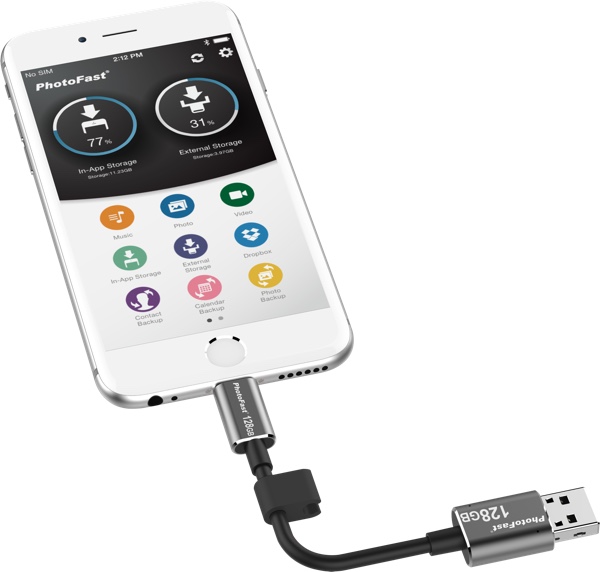 PhotoFast is yet to announce any official proving strategy for the MemoriesCable but it will be offered in 64GB and 128GB variants when it eventually launches for public consumption. 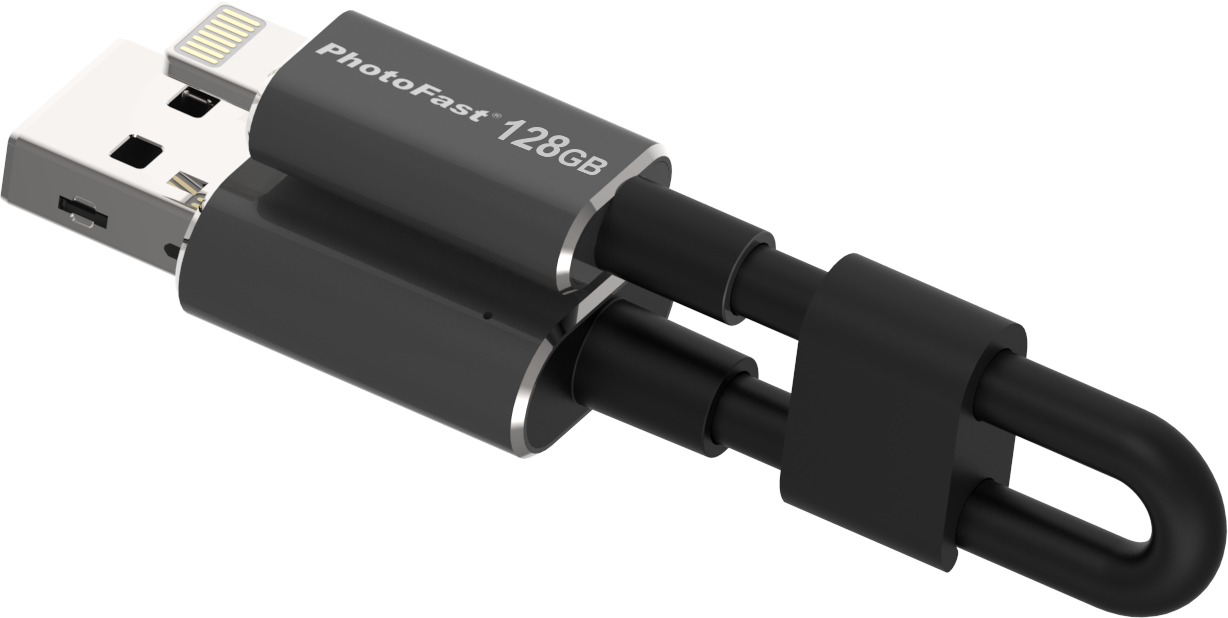