This iPhone App Lets You Capture Photos With 3D Effect

You know you’re potentially onto a winning iPhone app idea when you combine the ability to capture 3D images with the ability to instantly share those creations directly to a plethora of social networks through a very simple but powerful interface. A new app making its appearance on the App Store, manages to do just that. What more could you ask for?

Apps that provide the ability to capture and playback 3D photographs are becoming increasingly popular on the App Store. Apple itself has decided internally to feature a couple of those apps on the main page of the App Store recently, which has fueled the popularity of the genre. Slide – 3D Gif Camera is one of the latest to join the 3D photo revolution, and it does so by introducing a new novel way to capture a photo that is then turned into an animated GIF file designed to produce and give the visual idea that the photo is in fact 3D. Of course, it’s not, but it looks cool. 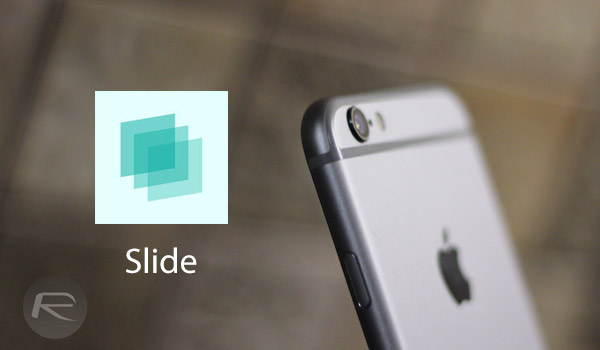 Using Slide is a fairly simple undertaking. Users are invited to simply compose the shot that they wish to capture through the app’s viewfinder. One quick, and swift horizontal movement – or “slide” – then captures the image. One final step in the form of a tap on the photo’s subject then performs the internal magic and turns the image into a looping “3D” GIF. That looping file can then be easily shared directly to social media platforms like Facebook, Instagram, and Twitter. It can even be sent directly via iMessage as an attachment to your contacts. Slide also allows you to convert your 3D photos into a movie as well. 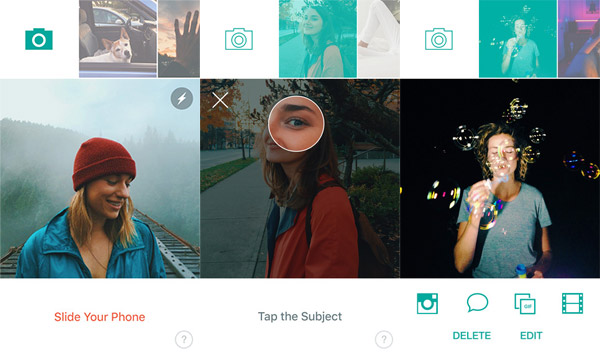 The developers of Slide do provide a few knowledge bombs to assist with its usage, so that you can get the best possible results. ‘Slides’ are best captured in a well-lit scene with a foreground, photograph subject, and background which allows the app to add excellent depth and layers to the finished product. The very nature of this app means that it may take some time and paying with to actually get the hang of capturing perfect slides. But when you do, it’s definitely worth the $1.99 given the hours of fun and the new perspective to photography that it will provide.

On a side note, you may want to check out Fyuse as well, which allows you to capture 3D photos, but minus the GIF format sharing, and the price tag.

(Download: Slide for iPhone and iPod touch from the App Store)