This iPhone 6, 6 Plus Case Can Heal Itself From Scratches [Video]

The primary role of a protective smartphone case is to, well, protect a smartphone. But practicality is only part of the bargain nowadays as consumers seek style to boot, and as it transpires, a large portion of cases and covers look good but simply aren’t adequate for purpose. The iPhone 6, iPhone 6 Plus shell we’re featuring today not only ticks the boxes for ruggedness, finesse and lack of bulk, but offers a fairly unique little quirk in that it is able to heal itself.

Yes, the Hydra case by Innerexile can, after being scratched up, revert to its original, blemish-free state. Don’t get me wrong, you can’t go around slashing it with knives or scraping it carelessly along the asphalt, but those niggling scrapes your device may pick up from, say, the keys in your pocket, are ironed out right before your eyes. 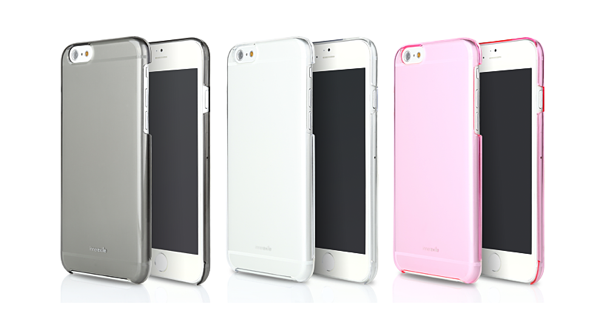 The Hydra case is only 7.9mm thick, so it’s not going to add too much heft to your iPhone 6 / 6 Plus, and can be had in three different colors. There’s a clear plastic option that preserves aesthetic of your handset almost entirely, a translucent black configuration, and a translucent pink variant for those seeking something a tad brighter.

The Hydra is flexible yet sturdy, and the self-repairing feature is a nice touch. It means that provided you aren’t too rough with it, you’ll be able to rock a device with a case that actually looks good, rather than one that has taken a beating and belies a pristine iPhone that, ironically, you never actually get to see.

It would be nice, of course, if all phones could repair themselves after the accidental ding or scratch – like the LG G Flex. Then again, you wouldn’t be able to stand from the crowd with a funky pink case, and all three colors of the Hydra case can be had on Amazon for upward of $25.

It’s a good case comprised of quality materials, and looks the part as well. If you’ve been hunting for an iPhone 6 / 6 Plus case but haven’t gotten around to buying as yet, the Hydra has you covered, and with a price point like that, you can’t really go wrong.

Oh, and if you’re still on the fence, here’s a two-minute clip straight from Innerexile demonstrating the Hydra’s self-healing powers: