Good News: No Faulty Apple Watches Were Shipped To Consumers

Following reports that Apple had identified an issue with Taptic Engine units produced by one of its Apple Watch parts supplier, the company has reportedly started to push production elsewhere in a bid to reduce wastage and delays. That is surely good news for those still waiting for Apple Watches to arrive, but what about those who already have one adorning their wrist?

The good news here is that it is believed that none of the faulty parts made their way into, or onto the hands of customers according to a new report by Re/code. Citing the infamous ‘people familiar with the matter,’ Re/code is reporting that the fault was found before watches started to be shipped out, meaning those currently in possession of one of Apple’s watches should rest easy, safe in the knowledge that theirs is fault-free. At least as far as its Taptic Engine is concerned, anyway.

Initial reports said that Apple had found that there was a fault with taptic Engine units produced by one of its Chinese suppliers, with the part failing its longevity tests, potentially leaving some with ticking timebombs just waiting to fail. The claim that these parts never found it into the supply chain is good news for both its customers and Apple alike.

Interestingly however, famous Apple commentator Jon Gruber reported that his first review unit was faulty upon arrival, with the watch having a problem with, you guessed it, the Taptic Engine. That was presumably an isolated incident and not one indicative of a larger problem and it is worth noting that parts do fail without being evidence of a wide-scale issue all the time. 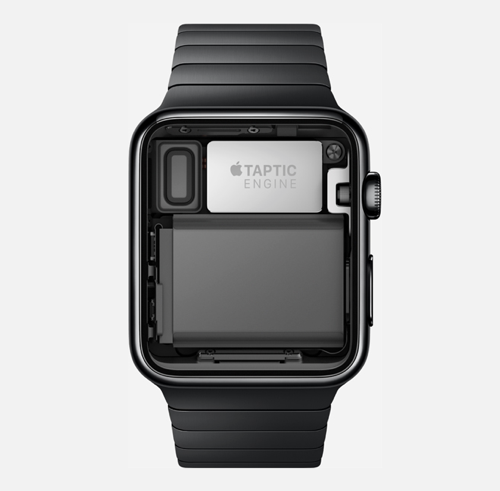