The iPhone 5 has been in our hands for a matter of months, but we already have a number of designers and Apple enthusiasts voicing their opinions on what should be included in the next-generation iPhone. It seems that those who like to produce concepts of new hardware aren’t exactly shy in thrusting their visions into the public domain either, something that is especially true with Alexander Kormishin and his vivid iPhone 5S concept.

Rather than producing a concept that goes into great detail about the technical specifications and the technology included, Kormishin has decided to focus on the aesthetics and external appearance of Apple’s next smartphone. It’s evident that Apple has a number of internal decisions to make about the next iPhone, especially considering they have an increasingly fragmented range of devices with the iPhone 5, new colorful iPod touches, the standard 9.7-inch iPad and the new 7.9-inch iPad mini that takes a different design route. 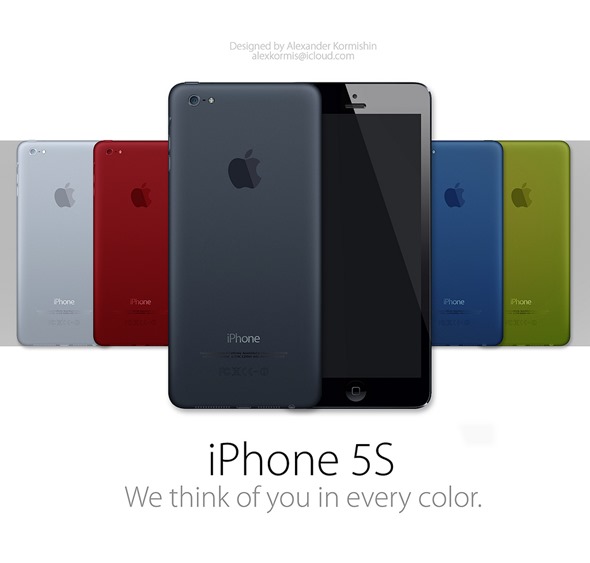 Kormishin clearly approves of the aesthetics of the new iPod touch and the extremely popular iPad mini, and as such has taken his favorite parts from the two gadgets and incorporated them into one fully-functional seventh-generation iPhone. His design borrows the colorful design choices from the fifth-generation iPod touch range, which would see consumers being able to buy the new iPhone in either white, black, green, red, grey or blue. All made out of the colored anodized aluminum, of course.

The concept moves away from the current form factor of the iPhone 5S and implements a more aggressive rounded curve on the corners of the hardware, a move that mimics the iPad mini and brings the devices more in line with one another. There’s no word on his imagined physical design size of the phone, so we can only imagine that he envisages the next model staying true to the current size and measuring in with a 4-inch multi-touch Retina display. He’s also gone for the traditional hardware based home button rather than the biometric fingerprint solution we’ve been hearing so much about. 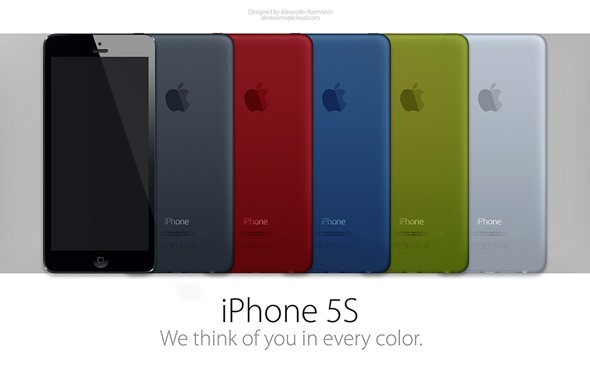 It’s highly unlikely that Apple will push out a range of iPhones in different colors, but the concept does provide some interesting visuals. Once upon a time, we never thought the Cupertino based company would introduce us to multi-colored iPod touches and look where we are today.