Apple really brought forth some significant changes with the iPhone 5, and one of the most obvious is the new, larger display. Having stuck faithfully by its 3.5-inch configuration since day one, the Cupertino-based company finally felt it time to offer users of its iconic smartphone a little bit more real estate to play around with. However, breaking from the mold of many rivaling vendors, the fruit company opted to maintain the same width of the display, instead adding a sizeable block of pixels along the top.

It was a move, as stated by Apple, to allow the device to be held in one hand, and in order to emphasize the usefulness of more screen space, it was also mentioned the display would facilitate more e-mails, thumbnails and messages at once than ever before – preventing the need for so much scrolling. Of course, this was a valid point, but when a company releases a new flagship, seeing one or two inbox messages at a time doesn’t seem – on the face of it – to be noteworthy. 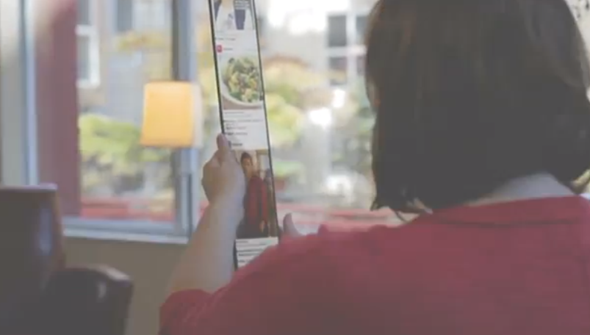 Thus, a few parody videos have been quick to ridicule the Apple claims, and the latest really goes to town in making a mockery of the new long display. Measuring in at around a meter long, the "new iPhone" truly does put an end to scrolling, and although it shares more in common with a baseball bat than the real iPhone 5, it does have a couple of unique quirks:

I found the busker using the "iPhone" to strum a guitar to be a personal highlight, although the Light Sabre would also be a pretty handy feature to use during those pesky day-to-day combat situations.

Although the iPhone 5 does have its fair share of naysayers, it’s entered the market to a very positive reception, and looks all set to smash records in terms of first week sales. The sales figures for the first 24 hours after launch aren’t yet in, although expect Tim Cook to issue a press release soon updating the world on the impressive numbers.

The real iPhone 5 is certainly a device I would consider purchasing, although this super-long edition is a little too impractical for anybody – even those coping with the monstrosity that is the Samsung Galaxy Note!