Well, that’s exactly what the latest addition to our iPhones and iPads does, and it’s called Music Center.

The app itself is just a carrier for the widget other than allowing the user to simply choose how their music is displayed; in a list or as tiles are the two options, with the latter being our favorite. Once installed and activated, the widget will load every track that’s either on your iPhone, iPad or iPod touch or is part of your iCloud account. The downside here is that, in our testing at least, the tracks in iCloud will show in your list of music but won’t actually play when tapped which is somewhat less than intuitive. This will hopefully receive a fix sooner rather than later, but if you have everything saved locally, you won’t even notice. 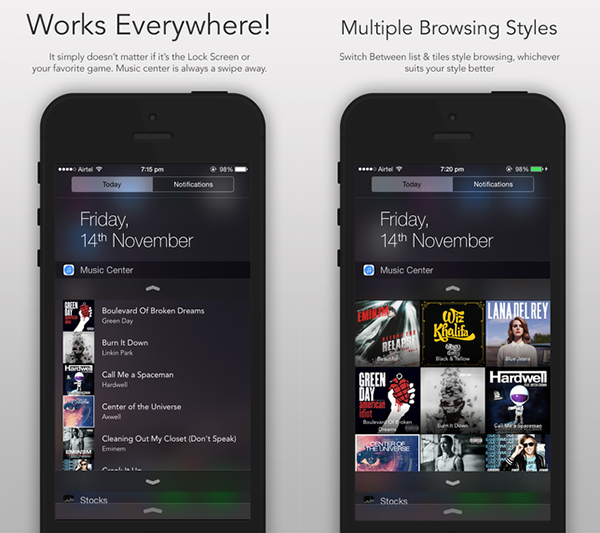 Another negative for us is the fact that tracks are sorted alphabetically rather than in their albums, so you really have to scramble yourself if you want to get to a particular song at times. Again, hopefully that’s just an oversight on the developer’s part. 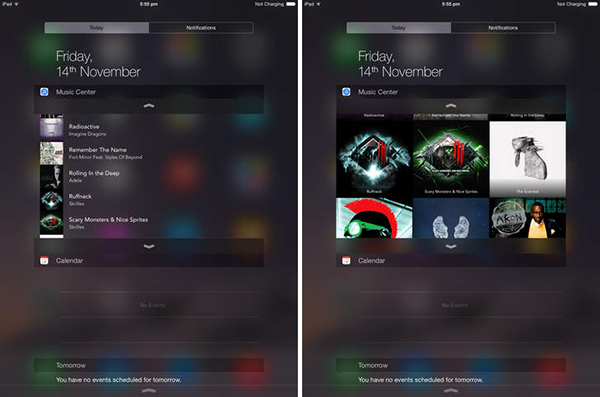 We’ll overlook these two problems thanks to Music Center’s price though, and because it’s absolutely free we see little reason not to at least install it on the off-chance you’ll want to use it later, or it’ll receive an update that addresses the issues we’ve just outlined.

Music Center can be downloaded from the App Store right now via the link we’ve embedded below. Like we said, it’s absolutely free, and it deserves to be given a shot, at least once.

(Download: Music Center for iOS on the App Store)