Whether you avoid Windows Phone or if Microsoft is not quite your cup of tea, you might have felt at least some interest whenever you see your friends walking in with a new Windows Phone device. Maybe you’re quite a fan of Windows 8 and are looking for a way to bring the same look-and-feel to your Android phone. Tile Launcher Beta might just be the perfect solution to let you do that.

Tile Launcher Alpha does exactly what it says on the tin: it replaces the standard icons on the Android home screen with tiles, much like Windows Phone, Windows 8 or the Xbox 360. It uses many icons that are similar to the ones found in Windows Phone 8, such as Camera and Maps. It does not attempt to exactly resemble Windows Phone 8, however: by default, the tiles are semi-transparent and your home screen background is still in place. 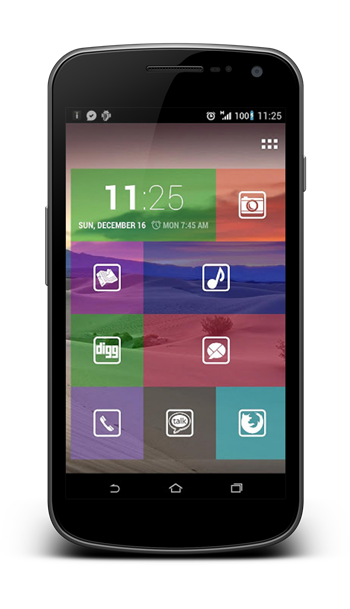 There is more to Tile Launcher than meets the eye, however, starting with the wide range of customization options, such as adjusting the space between tiles and adjusting the number of rows and columns on the home screen. It is possible to add new shortcuts, of course, but the process is all manual: users have to set an icon, a tile name, text color, background image and background transparency. You will never, however, complain about the amount of customization. 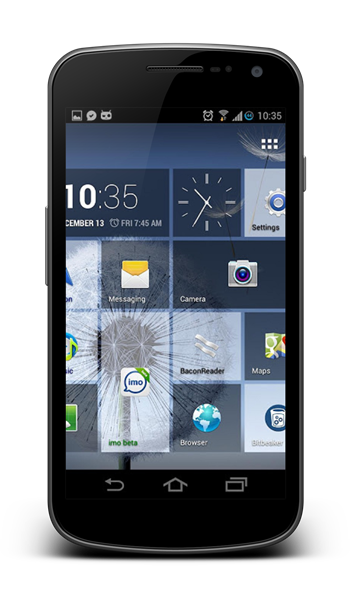 The Metro / Modern interface first surfaced with Windows Phone 7 and has quickly spread on to other Microsoft products, such as Windows 8 and a recent update for the Xbox 360 Dashboard, all over the last year. It’s minimalistic, but at the same time highly dynamic and has caught the attention of many users of other platforms. If you’re looking to get a feel for the Windows 8 user interface, this Tile Launcher cannot give you that, but you can still enjoy the minimalistic, tile-based look. 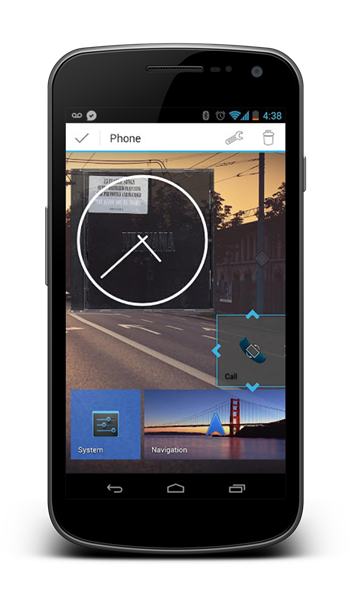 Tile Launcher is available, free of charge, from the Play Store right now. Keep in mind that it is currently in Alpha stage, so it does not come without its issues: for instance, when changing the position of a tile, untouched tiles may move around as well.

Will this be your home screen of choice?