Google offers a bunch of fantastic apps at stock level for Android users, and Calendar certainly falls into that category. However, it’s far from perfect, and a third-party offering by the name of Agenda rather novelly helps you keep track of everything at a glance – presenting both your weekly and daily to-dos in the same convenient pane. Having been knocking about for iOS for a long while now, Agenda finally arrives for Android, and where a year or so ago, a port from iOS to Android or vice versa would result in a second-grade product, the version made for those on Google software is just as good.

Sometimes, developers of to-do / calendar / organizer apps really miss the point. I’ve used countless offerings which focus so heavily on a USP, that they end up being complicated and counterproductive – not exactly something you can persevere with when the idea is to save time, not waste it. Agenda doesn’t fall into this trap, though, allowing you to quickly check what’s occurring in the current day, as well as the week ahead.

There’s nothing worse than realizing, very shortly before an event is due to take place, that you’re unprepared, and so the fact you can check things a week in advance is of infinite benefit. When rushing to carry out multiple tasks, we seldom consider those which lie ahead, but the layout of Agenda basically forces you to do so, and having used the iOS version consistently, I have to say, I find it very effective. 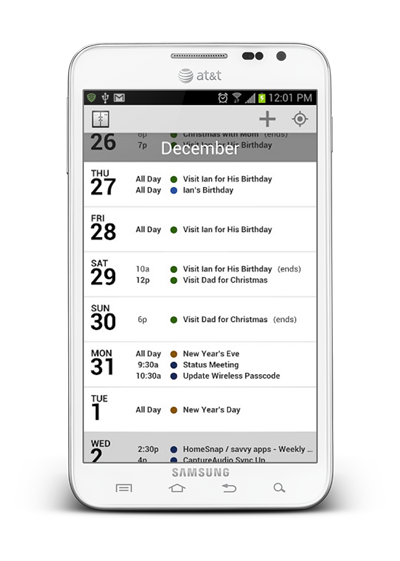 A simple tap is all it takes to create a new event, and adding appointments is equally simple. The best apps are those requiring no tutorial, and as you can see from the screenshot below, it’s very inviting to the first-time users: 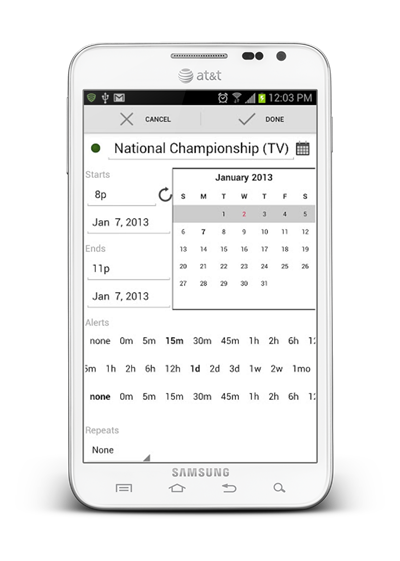 To boot, everything you input will sync with Google Calendar, and such is the seamless nature of the app, that you don’t even have to tell the app to do this – it does it automatically!