We should all know by now that Microsoft is involved in a fairly large launch schedule at the moment with Windows 8, the Surface tablet and the fantastic looking Windows Phone 8 all set for a public release in just over a week’s time. The company will be reveling in the attention that is being lavished on them, but it also means that consumers are starting to take a serious look at the likes of Windows Phone 8 as a viable mobile platform. For those who don’t want to make the move from their beloved Android, then a rather nice little Windows Phone 8 styled launcher is now available on the Play Store.

The app is available to download for free of charge, which is a very good thing considering it comes with one major issue that may affect or prevent a lot of people from using it – it only comes in Chinese. It may sound like a fairly big issue but that shouldn’t stop Android users from downloading the WP8 Launcher and giving it a try as it does offer a really great experience that gives a powerful insight into using a Windows Phone 8 device.

The app comes with a fairly decent set of configurable options that allow potential users to style and theme the experience to suit their own personal tastes such as being able to customize the size of the block grid that is used on the desktop. In addition to the size of the grid, eight different colors can also be selected and added to individual parts of the created grid. The developer has also bundled in support for desktop based widgets within the app. 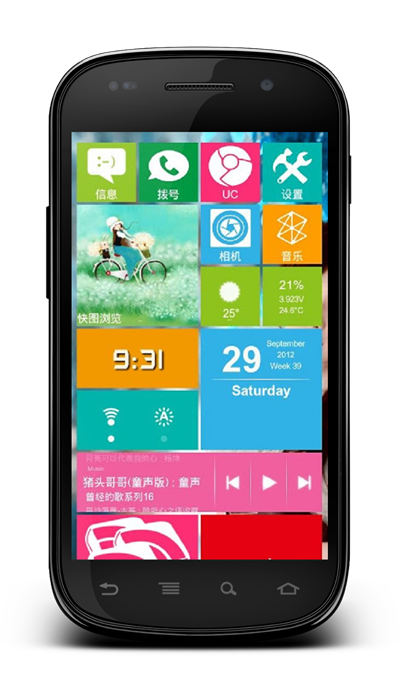 Different backgrounds can be used to take the customization to a new level, as well as having touch and drag enabled interaction that allows parts of the grid to be moved around and placed wherever they look best on this display. Icons can also be styled with custom images that can be imported directly from an SD card, with the app being finished off with the availability of a Windows Phone 8 style lock screen. A couple of developers are assisting with creating an English version of the launcher application, but until then it’s worth giving it a try. 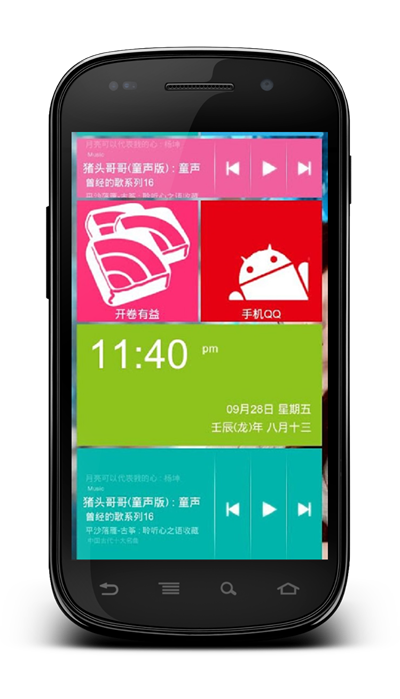 (Source: WP8Launcher for Android on the Play Store)