This Fashion Handbag Can Charge Your iPhone On The Go

Luxury fashion company Kate Spade & Co. has announced a new range of bags that it thinks will not only appeal to consumers but will also cement its position as one of the leading fashion houses committed to “digital innovation.”

The company, founded in 1976 in Manhattan, and now with over 100 stores and outlets internationally, already sells a range of iPhone cases via its website, but will now introduce a range of stylish handbags that will also charge your iPhone on the go thanks to a partnership with startup Everpurse. 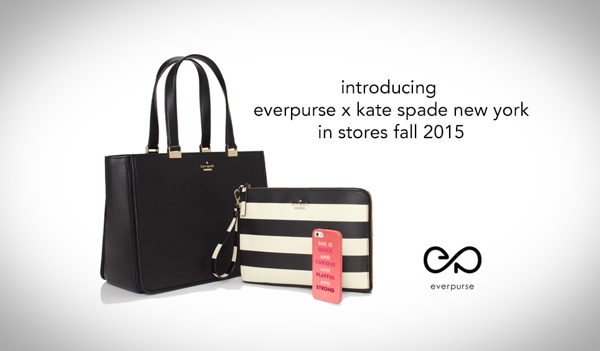 The newly announced Kate Spade, designed and manufactured in association with Everpurse, is intended to appeal to the highly fashion conscious individual and will include a range of stylish clutch bags, totes and backpacks to cater for almost any situation. According to The Wall Street Journal the range will start shipping later this year in September and will range in price from a reasonable $198 all the way up to a wallet busting $698.

According to Everpurse co-founder Dan Salcedo a fully-charged Kate Spade Everpurse should provide an average iPhone user with at least two days of additional backup charge when slipping the smartphone in and out of whatever bag type is chosen. When the bags eventually becomes available later in the year the full range will be sold via Kate Spade’s flagship New York retail outlets, Kate Spade online, Everpurse.com and Nordstrom. The partnership with Everpurse actually makes perfect sense for Kate Spade considering the company originally bagged itself a heap of publicity back in 2012 with a successful Kickstarter campaign that netted it $238,000 to produce a line of bags that went up for sale in early 2014. 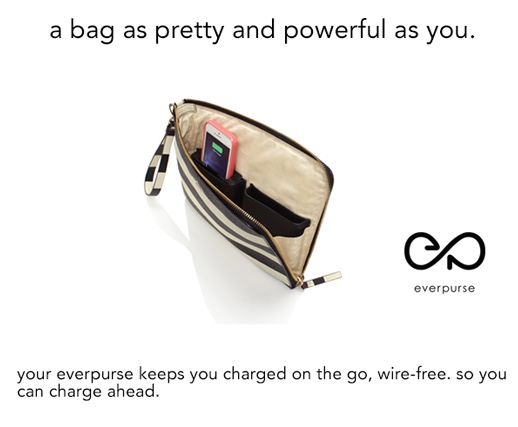 The bag itself is charged wirelessly, and the user is only required to place it on a charging mat, making things as easy as possible. At this point, iPhone 5 all the way up to iPhone 6 Plus are supported, so you can rest assured that your Lightning connector-based Apple smartphones are covered.

The Everpurse technology mixed with the Kate Spade & Co. reputation and physical presence around the world is a great combination that should result in immediate interest in products of this nature. With first-quarter sales rising 14% to $255 million, mixed with this announcement that the fashion house will well and truly set itself on a path to embrace the digital age combined with style, the immediate future looks very bright for Kate Spade and Everpurse.