This Facebook App Concept For Android Should Be Materialized, Right Now! [IMAGES]

Although Ice Cream Sandwich has been slated somewhat for lack of compatibility and very limited reach, the new design has been loved by many.

Reddit’s monkfishbandana has taken everybody’s beloved Facebook app and given it a lick of paint – or should I say, Ice Cream – whilst also tweaking UI elements to create a beautiful-looking Ice Cream Sandwich-esque Facebook for Android design.

Unfortunately, it’s only a concept, so those hoping to install this on their newly-updated Nexus S or Galaxy S II will be left disappointed. However, if Mark Zuckerberg’s leading social network were to offer these changes in an update, I’m inclined to think the majority would be fairly pleased, including myself. 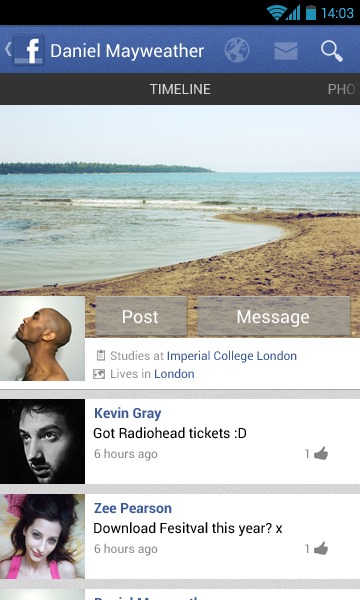 Although I like the design, I do feel as though the grey bar across the top with the tabs on it should have a different shade of blue, or a less vibrant grey. At present, it sticks out like a sore thumb, somewhat ruining an otherwise elegant design, and although it’s in-keeping with the general ICS design, it needs to be slightly uniform with the rest of the UI, just a suggestion. 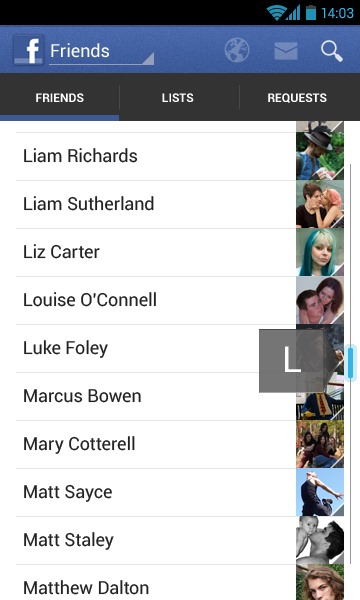 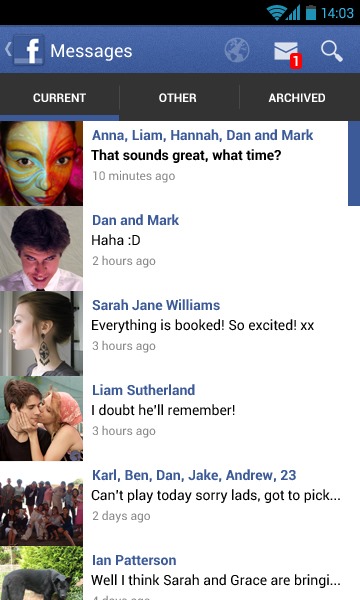 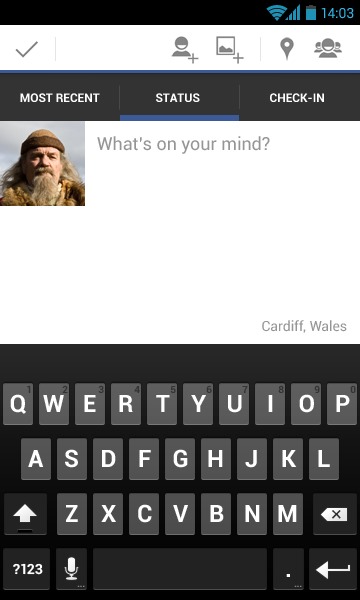 On the whole, though, it’s not hard to see why the response to monkfishbandana’s designs have been so positive. If Facebook did, in theory, roll this design out with the very next update, would you love or loathe? The official app has not long been overhauled, so the possibility is fairly slim, and having recently garnered negative press for supposedly spying on users’ SMS, vanity house updates would seem pretty low on the agenda at this point in time. Nevertheless, with more and more devices now finally seeing some Ice Cream Sandwich loving, a supplementary design could be something for Facebook to look into moving forward. 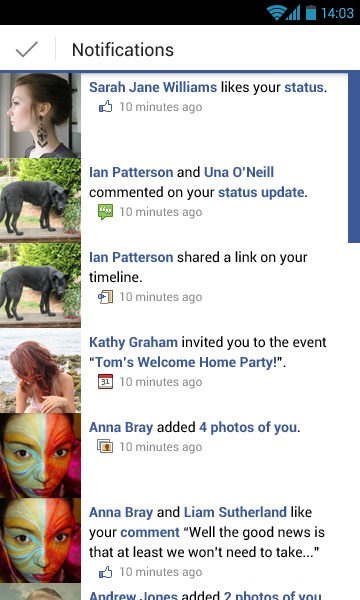 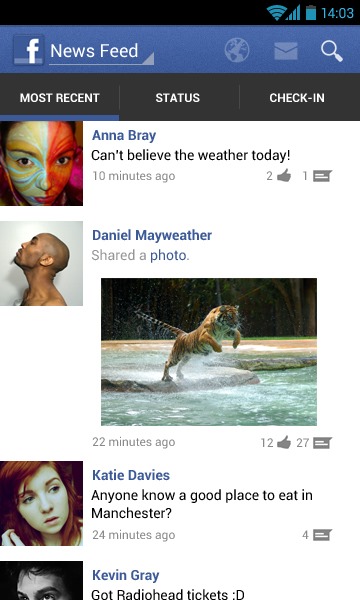 If you’re an Android user and a fan of visual changes, you’re most probably too engrossed in the recent Instagram release to worry about Facebook at this point in time anyway. The image branch of the social networking spectrum has a 30 million strong army of iPhone users, a number set to increase drastically over the coming weeks as users flock in a steady pace.

Be sure to check out our Android Apps gallery to explore some actual apps for your Android device.