Ever since the iPhone 4, every one of Apple’s new handsets has included a sharp Retina display, but whilst we tend to focus on the resolution, color reproduction and general quality of each new device’s panel, one company has taken a different approach in building a case that offers a secondary display to the rear of Apple’s prized asset.

The idea of a smartphone featuring a display on either side is not exactly new, and the popSLATE cover, which has just been released for the iPhone 6, isn’t either. In fact, it’s been around for a few years now, but what makes it so special is the fact that you can set the rear-facing screen to display all manner of information, and since it’s a digital ink display rather than a more power-hungry configuration like LCD IPS or OLED, it compares with Amazon’s Kindle e-reader for incredible battery life. 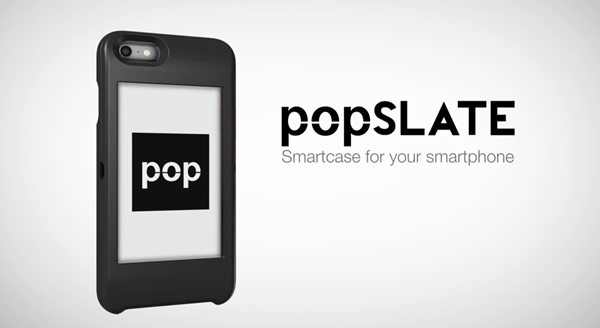 The display will show pictures, notes, and other useful information at will, so whether you want to showcase some cool visual effects or have your shopping list at the ready, the popSLATE cover has you, well, covered.

As the promotional video below demonstrates, the uses for popSLATE are seemingly limitless, and with a price of just under $130, it’s certainly within the grasp of anyone able to shell out for an iPhone. 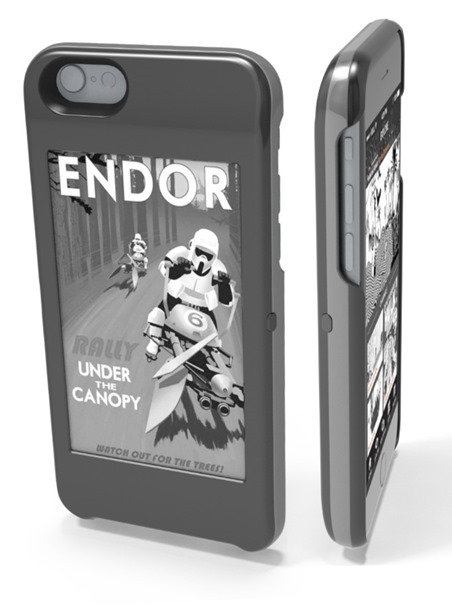 Sure, if you want to use your second screen to look at photos and such, you’ll have to deal with the fact that it’s monochrome and cannot compete with your main display for overall quality. However, if you get into the habit of using the popSLATE instead of your actual display, you’ll save many precious droplets of battery, and given the uphill struggle we all face with regards to battery retention, this can only be a good thing. 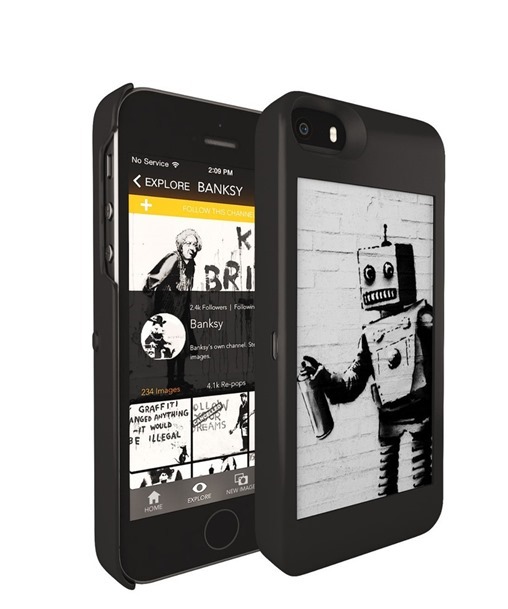 It’s at that price point where it may be hard to justify, though. It’s rather costly to buy on a whim, particularly given that you could avail a decent mid-range smartphone for that kind of money, but in terms of getting maximum usefulness out of your iPhone, it looks a real bargain.

Check the video of popSLATE, which has just been released for the newish iPhone 6, below, and as ever, leave your thoughts with us in the comments.

If you do want to buy one though, then simply point your browser to: popslate.com