In a world where we carry around smartphones and tablets as a matter of routine, it’s true that an unfortunate outcome of that is that we seem to be constantly charging things. if we’re not charging our smartphones, then we’re charging that tablet that we’ve been playing that hot new game on. In our houses here at least, there’s always something on-charge.

The problem with that is the time it takes. Even with modern batteries and charging technologies, there’s just no way of getting around the fact that if you plug something in to charge, it’s going to be sat there for a few hours if you want it to charge completely.

One Kickstarter project is hoping to minimize the time tablets and smartphones need to charge for though, and it might actually be on to something. 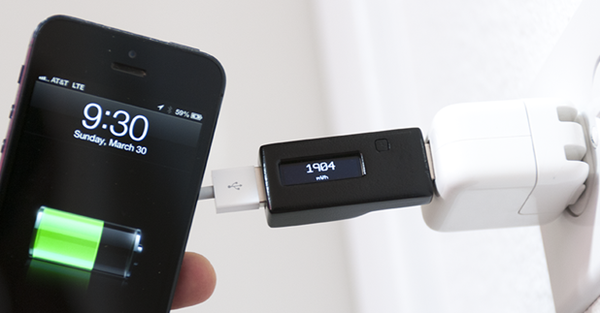 Called the Legion Meter and set to cost $49 for anyone wanting to get in on the ground floor, the device plugs in in-between the USB outlet and the charging cable just like a dongle and then sets about working its magic. There are all kinds of wonderful electrical things going on that we don’t really understand, but the upshot is a simple one; with the Legion Meter installed, your devices will charge faster. In fact, they could potentially charge twice as fast, which is an improvement not to be sniffed at.

For devices that normally wouldn’t get enough juice from a standard computer-based USB port to charge, the Legion Meter will actually allow them to charge as if they were plugged into a wall outlet. That means iPads in particular will be able to charge anywhere there’s a USB outlet, which is impressive enough in itself.

For those that like to know what’s going on, the Legion Meter has an on-device display that tells you what it’s doing, and how much power it’s outputting. To us, that’s almost like peeking inside the sausage factory and we’d rather just think that there are pixies and other magical creatures inside, working all kinds of magic. After all, what the Legion Meter claims to do really is rather impressive.

In fact, we might just have to order a few!