Codemasters has many a Formula 1 game under its belt, and as a long time fan of both the company and the sport, I can vouch for the fact that most of them have been pretty darned awesome. But having churned out so many titles boasting cutting-edge graphics, realistic game play and very plausible simulation of the many great tracks across the world, the game maker has now come through with a spot of arcade fare in the image of SEGA All-Star Racing and Mario Kart. The animated experience is all about non-stop, unadulterated fun, and if you’re a sucker for this kind of thing, then check the details after the break!

Called F1 Race Stars, it includes all of your official drivers, teams and cars, but if you were expecting another run-of-the-mill F1 experience, then you’re in for a big surprise.

Like any great cartoon racer, it’s littered with power-ups and various obstacles, so just when you think you’re coasting to a comfortable victory, your seemingly unassailable lead could be completely pegged back if your competitors manage to find the boosters you missed.

The fact that it includes the official drivers – from Jenson Button to Sebastian Vettel – makes this title rather unique, and although they look more like Lego men as opposed to bearing any resemblance to their real-life appearances, F1 Race Stars is definitely a must-download for any lover of Formula 1 or enjoyable games in general. 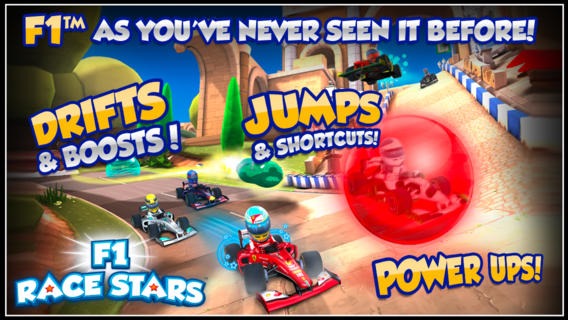 Visually, the tracks are aesthetically refined, although you’d expect this from Codemasters, and with Bluetooth multiplayer as well as Game Center leaderboard support from the get-go, it is both challenging and competitive at the same time. 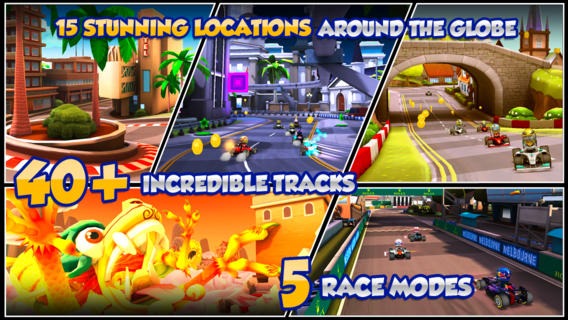 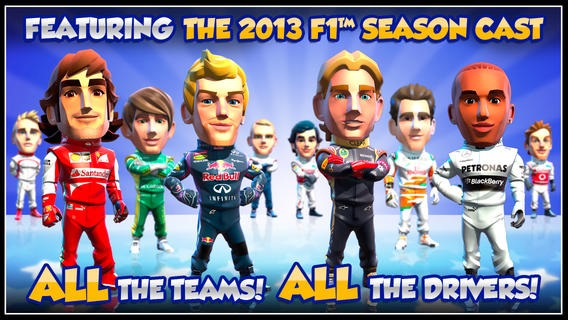 F1 Race Stars is free to play on both iPhone and iPad, although through in-app purchase of the game’s currency, you can enjoy the various power-ups and extras that Codemasters has thrown in.

It’s available to those on iPhone and iPad in one universal app, and if you’re stuck for something fun to do this weekend, be sure to give it a look.

(Download: F1 Race Stars for iOS on the App Store)