This Cool Case Turns Your iPhone 6 Into A Game Boy

Miss retro gaming with those chunky cartridges and below par graphics? Hyperkin is one company that is aiming to bring it all back, but realizing just how important smartphone gaming has actually become, it is developing a case that will turn your iPhone into a proper Game Boy. Head over the break to find out more.

Sure you could jailbreak your iPhone, install a few Cydia tweaks and emulate all those games that provide you with that rush of nostalgia, but that still does not have the same feel to it. Hyperkin has been famous for its RetroN series of consoles which are able to run cartridges from classic systems, like the NES, Mega Drive, and Super Nintendo. However, it wasn’t exactly as portable as their latest venture; the Smart Boy. 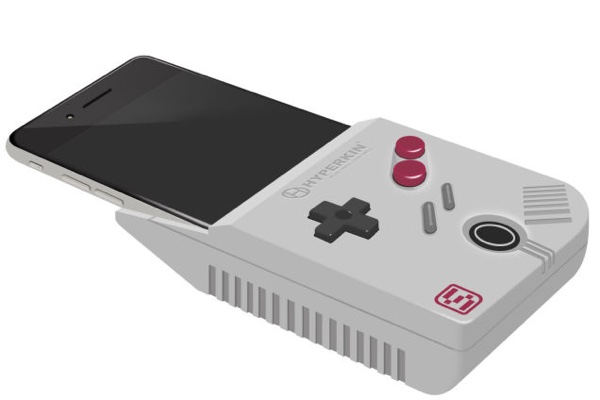 This contraption will give you that true Game Boy feel, complete with cartridges and all, with the best bit being that all the games will be playable on your phone, while the case houses the Game Boy-like controls. Interestingly, the project concept was released as part of an April Fools’ Day prank, but given the potential, and the responses it gained from the audience, it was decided to be turned into something real.

Smart Boy is currently only a concept that Hyperkin is trying to make something real out of, and while the images show the contraption tailored to the iPhone 6 Plus, according to Chris Gallizzi from Hyperkin, the company is also working on a version for Android devices as well. “We’re working on an open side-panel version for Android phones,” he said. The open side panel would allow Smart Boy to accommodate various phone form factors from different manufacturers. 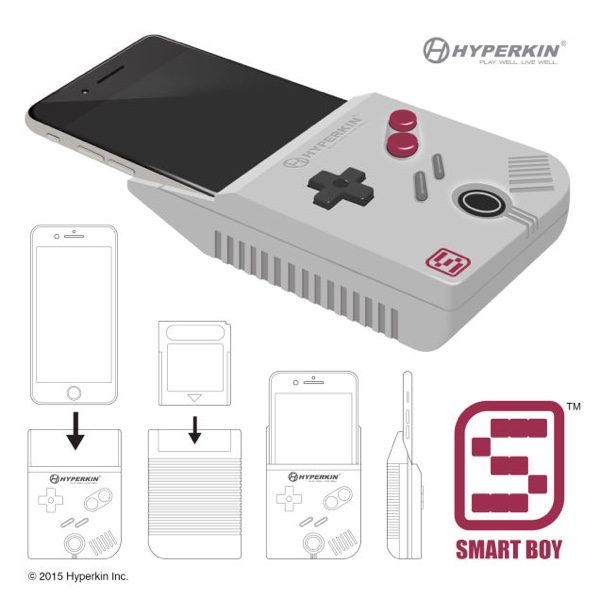 More interesting is the fact that given how Smart Boy is currently on paper only, or at best, a prototype, by the time it’s released, the iPhone 6 and iPhone 6 Plus would been succeeded by a newer generation of iPhone as well. More concerning is the still tightly locked iOS platform coupled with some obvious objections that Nintendo would be making in this matter if the Smart Boy was ever to be launched, but alongside is the fact that Hyperkin did make the RetroN systems work as well.