This Charging System Can Power Multiple Devices Wirelessly From 20ft Away

Wireless charging is still in relative infancy, and while some vendors have dipped their toes into the water, it’s not as ubiquitous as advocates of the technology might have hoped. But the Consumer Electronics Show in Las Vegas seems as apt a venue as any to showcase some interesting new wireless charging systems, and one manufacturer has been demonstrating a very intriguing concept that could revolutionize the way we charge our beloved gadgets.

Locating a wire and plugging it into a device is seen as an inconvenience, and wireless charging is supposed to serve as the progressive step. Unfortunately, at its current duration, wireless charging is arguably as much hassle as traditional charging, for while there may be less wiring, there is the evident issue of added bulk. 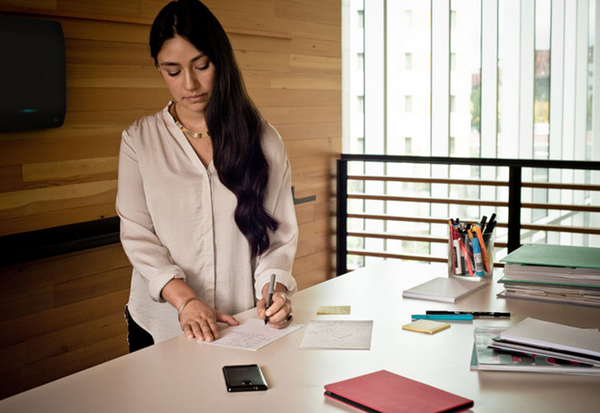 Energous is one company looking to rejuvenate wireless charging with a very interesting product called WattUp, and it looks a step towards a world where devices passively charge with very little user intervention.

It’s not completely clear how the power system, which claims to charge compliant devices from a distance of up to 20 feet, works, with many of the technologies involved still yet to have been patented. But from what we can gather, the charging pad can be wall-mounted, and utilizes Bluetooth LE to connect with compatible devices. From there, RF signals are beamed out via Wi-Fi bands, and a small chip placed within the receiving device can then convert said signals into usable power.

The system can be managed using a tailor-made iPad app, although with development, WattUp could become a seamless infrastructure that may identify devices in need of charge and priorities accordingly.

The idea of having a pod that can pinpoint your battery-deficient gadgets and offer them a quick boost of power seems a futuristic one, particularly given how slowly wireless charging has moved in comparison to many other areas of the mobile world. But if Energous can follow through on what is a very promising-looking product, the prospect of ditching the USB / Lightning connectors could soon be a very real one.

That said, CES is famous for attracting promising demonstrations that amount to nothing, so in the meantime, the unrefined, current wireless solutions will have to do.