This Cable Can Charge Your iPhone, Android Device In Half The Time [Video]

If you find yourself charging your iPhone or Android handset via a USB cable connected to your laptop or computer, you would know very well just how sluggish the charging speed is through that medium. Enter – SONICable – the USB cable to charge your Android or iPhone in half the time than any other ordinary solution.

Charging a smartphone is becoming more of a hassle as our devices are getting more powerful year over year. Sure manufacturers have made our gadgets increasingly efficient, but that only increases our usage as a result. Then we have our usual software settings and tricks to save up on battery usage, but USB charging is often unable to cope up with the rate of depletion. 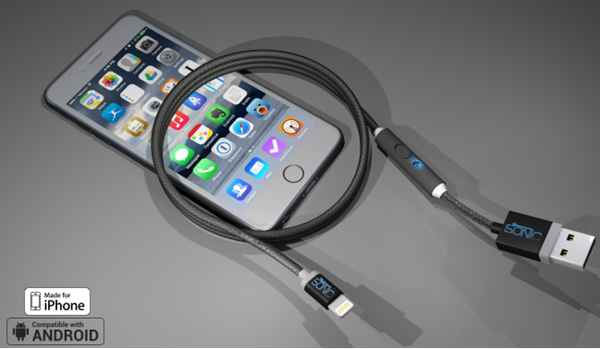 SONICable is currently a crowd-funded campaign on Indiegogo and has raised a staggering 887% of the original requirement set at a mere $10,000. Collecting a stellar $88,710 for the project, SONICable still has 39 days to go till the funding campaign ends which was kicked off on the 12th of January. Amassing an incredible eight times more amount than what the creators had hoped for in just four days, tells us just how smartphone users feel about their current USB charging cables. 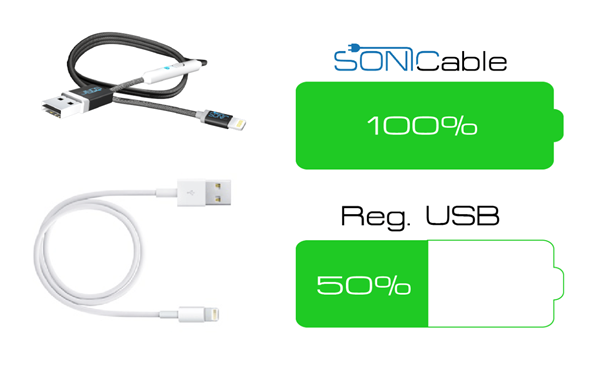 According to the creators behind this creation designed to ease one of life’s bitter miseries, SONICable is the "world’s most advanced charging cable", considering how it charges your phone faster than your average USB solution. This advanced piece of cable tech is carrying the proprietary Lightning connector for the newer iPhones and iPads, with iterations available for Android devices with a micro USB connector. 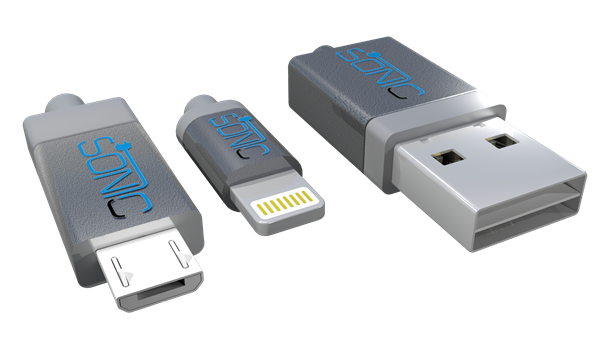 The inventors have included a smart feature in the cable; a button which when pressed, will immediately cease all sync functionality between your phone and computer, resulting in increased power being channeled to your connected device. There’s the pleasant inclusion of a dual-sided USB connector as well allowing for a no-fuss cable plugging. There’s also a nylon protective material covering the length of the cable, which makes sure that the overall package is a durable one.

Costing $27 on Indiegogo, SONICable should ship out somewhere in March 2015 this year, and with the project already collecting more funds than required, we can be hopeful that the product will roll out into the market on time.