As far as photography based apps on the iPhone and iPod touch go, Clone Camera has to be one of the most unique, easy to use and effective apps around. Stepping away from the accepted normality of taking an image and adding a filter or an effect to it, Clone Camera allows a set of photographs to be captured with the device’s camera before allowing the user to highlight, strip out and synthesize a specific part of each captured image to create one final augmented picture.

The process involved in using the Clone Camera app is pretty straight forward and self-explanatory when using the app for the first time – shoot between two and four images, highlight a specific part of each image before finally synthesizing the selected areas into one stitched together photograph. Images can be captured by either using the standard point and click mode, the timer mode that allows a specific time interval to be set between each capture, or the stabilizer mode that corrects any detected shake on the device when shooting. 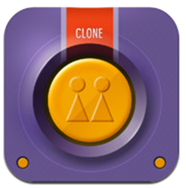 When the required amount of photographs have been snapped using the desired mode, attention then turns to deciding on, and highlighting the required portion of the image that will eventually be cut out by the system and used within the created picture. Subsections of the picture are selected by using a finger to trace around the desired area, making sure that the whole section is filled in for maximum efficiency. The images are then used to create a final masterpiece that can be enjoyed with a series of clones. 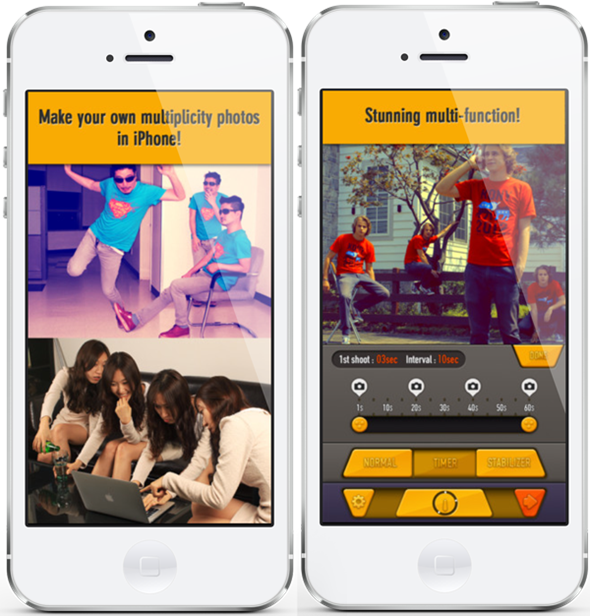 Multiple powerful editing options have also been bundled right into the app that allow the user to add a little bit of extra flair to the cloned picture before saving it to the device or sharing it with external networks. Rotating, cropping and flipping options are also available as part of the post-creation editing routines as well as the ability to add a string of text over the top of the final image. As a final step, the image can then be shared to a number of social networks including Facebook, Twitter and Flickr. Easy to use, powerful and extremely fun.

(Source: Clone Camera for iPhone and iPod touch on the App Store)