There’s nothing more personal than a private conversation between family members, loved ones or close friends. If you suspect that that privacy is being abused by a friend, college roommate or a work colleague then it’s time to either keep a closer eye on where you leave your smartphone, or pick up the PeeperPeeper app from the Play Store and catch them red-handed. The latter seems a lot more fun.

PeeperPeeper is potentially one of the simplest apps which we’ve come across in terms of what it offers. It’s also arguably one of the most amateur apps on the Play Store in the way it has literally been thrown together. However, if you can look past the inadequacies in development and the almost unforgivable spelling mistakes then it’s one of those creations that does exactly as it says on the tin, and does it very well. The crux of PeeperPeeper is that it allows device owners to replicate apps by creating shortcuts to popular messaging apps with the aim of catching people out who then try to launch the “alias” app. 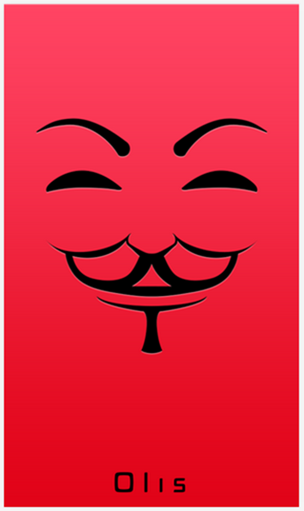 PeeperPeeper currently offers support for Facebook, Facebook Messenger, LINE, WeChat and WhatsApp. Launching the app allows the user to select and create shortcut representations of the installed messaging applications that then appear on the desktop of the device. When an application is attempted to be launched using one of those aliases it almost immediately crashes and provides an arbitrary error message that doesn’t look out of place on today’s hardware. It also captures a facial image of the user by utilizing the front-facing camera that’s present on most modern smartphones. 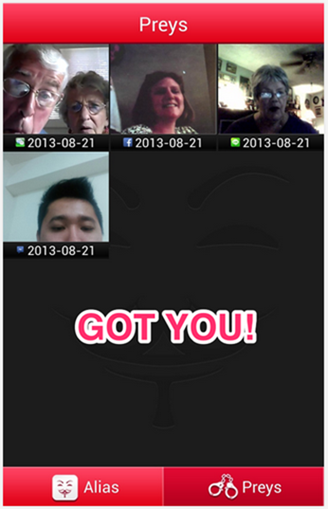 PeeperPeeper tracks and records a log of the captured images within the app including a date of the launch attempt and a small icon that represents the app that they tried to launch. It’s actually a very good idea for an app and will undoubtedly prove to be extremely popular with those Android owners who regularly communicate through one of the supported messaging apps. It would however be nice to have seen a little more care put into building the product. 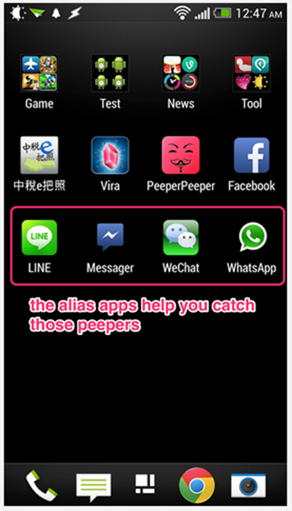