Anyone who has ever owned an Apple TV will more than likely agree that it’s time for the company to introduce relatively major changes. Apple has historically referred to the Apple TV as a "hobby" project on more than one occasion, but with speculation mounting that third-party developers will see a dedicated Apple TV SDK sooner rather than later, it would appear that the set-top box has transcended beyond being just a lucrative hobby for Apple.

Product designer Radu Dutzan is clearly one Apple TV enthusiast who would like to see an overhaul of the user-interface and interaction methods. Rather than simply add it to his festive wishlist, Dutzan has built a functioning conceptual mockup that demonstrates his vision of how users could interact with a revamped Apple TV.

Dutzan’s vision of how Apple could progress its set-top experience essentially consists of shipping a next-generation Remote-esque app for the iPhone and iPad. The native app, presumably offered as a free download through the App Store, would connect to the Apple TV and offer a seamless gesture based experience for users, allowing any content to be intelligently scrolled and navigated using simple swipes and taps on the app. The accompanying video perfectly shows off just how responsive the app would be by allowing vertical or horizontal content to be scrolled very quickly or on a cell-by-cell basis for extra granularity of choice. 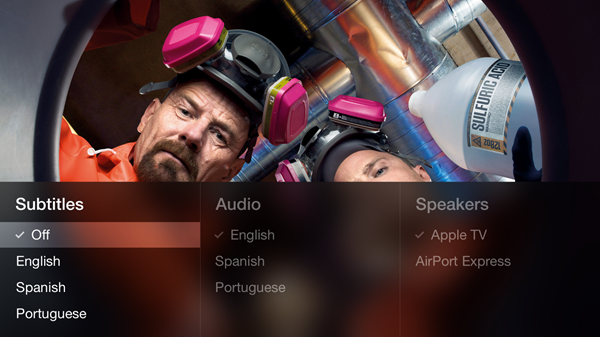 It would seem to make sense to us to also bundle in a virtual keyboard to remove the cumbersome process of typing on the Apple TV. However, for one reason or another, Dutzan’s imagination contains a similar swipe experience setup that involves quickly sliding a selection box to the desired key on the on-screen keyboard and then dropping and tapping to select. Right-to-left flick gestures within the app would act as a character delete command allowing for significant speeds to be built up with a little experience. 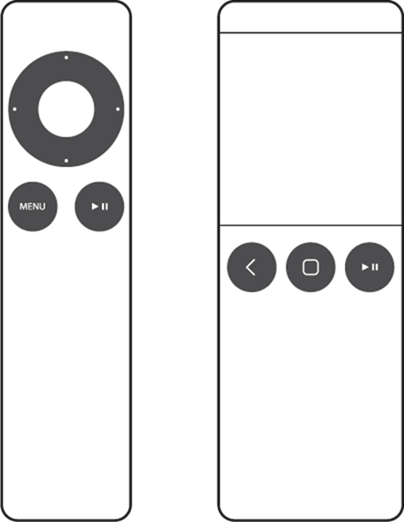 In addition to offering an App Store based app, the passionate product designer has also taken the liberty of mocking up a physical remote that would not only ship with the Apple TV, but also allow the same seamless touch gestures thanks to an included touch sensitive area.

We don’t exactly know what the future will hold for the Apple TV just yet, but we can hazard a guess that a UI overhaul is on the cards to make it a lot more elegant and inline with iOS that we use daily on iPhones and iPads. A gesture based interaction method like this could definitely be on the cards.