This 0.25mm Case Makes Your iPhone Waterproof, Allows You To Use Another Case On Top Of It! [VIDEO]

Whether you go unsubsidized or take out a contract with one of the carriers, the purchasing of an iPhone is an expensive gig, and after paying an arm and a knee for the thing, it figures you’d also want a decent protective cover for it. This, of course, means more expenditure, and although cases and sleeves can be picked up for a couple of dollars on eBay, the ones that’ll actually help shield your device from the daily grind are not only fairly pricey, but can add quite a few extra millimeters of bulk to your device’s form factor.

Those purporting to protect from water damage are usually fairly hefty, and often make it nay-on impossible for the device to actually be used while they’re on. This is where Case Marine comes in, and at just 0.25mm thick, it not only stops water from getting onto your precious iPhone, but it also allows you to place another cover on top of it! 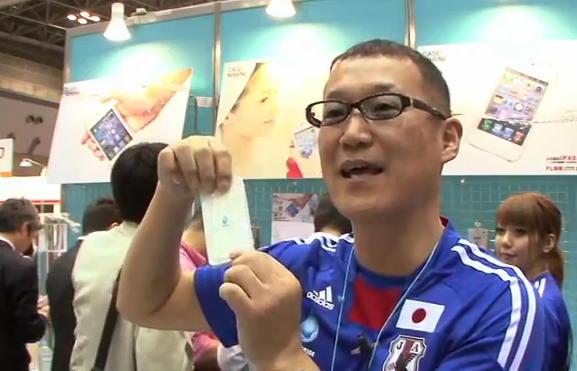 It consists of polyurethane, and its acrylic panel covers the entire display – protecting both the iPhone 4(s) or Samsung Galaxy S II in a matter of seconds. Moreover, it will protect from water down to an incredible 32 ft. depth, and incredibly the device can still be used while underwater.

There’s a lite version for $15, and a premium version, which offers more robust protection for 38 bucks. A $50 iPad version is also in the pipeline, which allows you to continue using your device while in the bath, shower, or the bad weather in general, but the Case Marine is not without its shortcomings. Primarily, it cannot be used with headphones, so if you were planning on using it while jogging in the bad weather, you’re going to need to make alternative arrangements.

Meanwhile, it remains to be seen whether Liquipel, which we have featured on numerous occasions, will ever be introduced on a grand scale. The technology, which adds an invisible layer of water-repellant film to any digital gadget, is one that has fascinated us continually. Given that Liquipel reps have been reported to have spoken with the likes of Apple and Samsung, fully-waterproof smartphones may not be a million years away.