These Widgets Help Speed Up Facebook Experience On Android [VIDEO]

If you cast your minds back a year or so, you may recall the Fast Facebook app for Android which, as the name implied, offered a much slicker and less weighty alternative to the official application. Created by team2soft, it has been used ever since by those who want to feast on the world’s largest social network without the additional waistline, and the same gang is back with an equally lightweight collection of accompanying widgets.

Since the original release of Fast Facebook last year, the fleet of official apps has increased significantly, and earlier this month, Facebook Home APK for Android dropped for a small number of newer handsets. With such a multitude of products, one could be forgiven for presuming that Fast Home Widgets For Facebook is somewhat redundant, but with the current beta version already managing to impress in our tests, it would appear team2soft has the process of simplifying Facebook for Android down to a fine art. 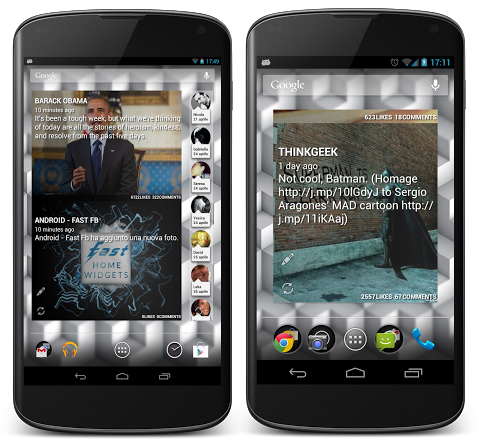 Fast Home Widgets For Facebook is a set totaling 10 (5 available at the moment), and each is basically a standalone element of the Facebook app. You can perform any and every task as you would within the official app, but do so without actually needing to open it up. As well as being a lot more convenient in that you can arrange them exactly how and where you like, you can also readily discard the bits you neither need nor use, meaning this is probably the most tailored Facebook experience you’re likely to see. 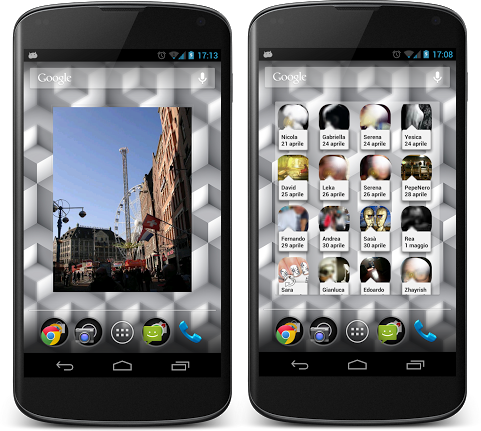 For example, if you’re what I like to call a “lite” Facebook user, i.e. one that only updates their status and checks their news feed, you can just opt to just keep those two widgets – no unnecessary bloat required. 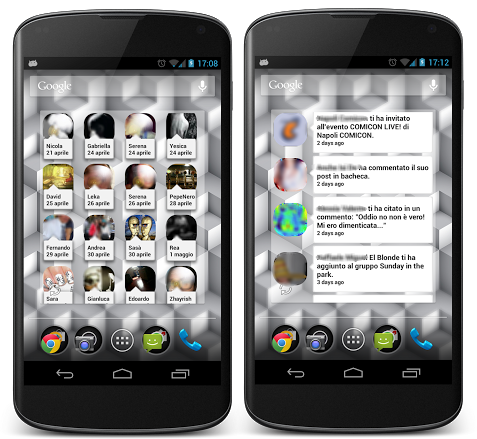 Widgets update every 30 minutes, and as well as readily helping you declutter, everything seems to work relatively smoothly. Given that it’s in beta, it must be approached with a fair amount of caution, but with a great degree of promise already, I can see this little bundle becoming the go-to package for many Facebook users on Android.

Grab it from the link below, and please post your thoughts via the usual mediums below!