John Savio loves his iPhone 4 so much that he decided to make a dress out of it, just in time for the Halloween 2010 parties. 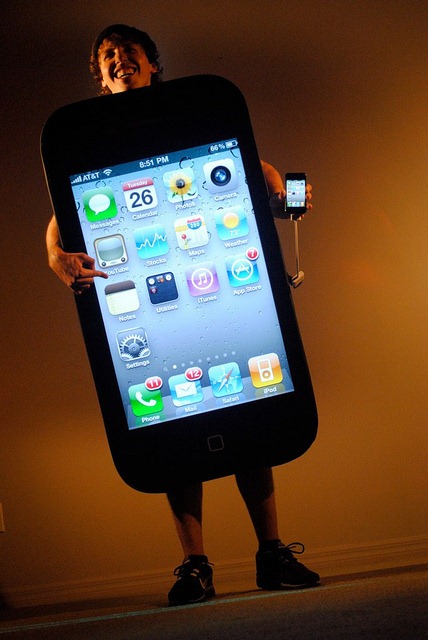 Oh and this dress isn’t made of any cheap cardboard box, in fact, John spent over 40 hours to make his costume. It features a real 40-inch LED panel which is powered by a portable battery, and is connected to his 12 times smaller real jailbroken iPhone 4 (via VGA out).

The costume weighs around 75 lbs and it also features a LED back camera light for FaceTime calls! Sounds great right? check out the video below to see it all in action!