After nearly two years in the making the official Raspberry Pi touchscreen display is finally available to purchase. The company’s 7-inch offering isn’t quite capable of matching the high-resolution displays found on high-end tablets from manufacturers like Samsung and Apple, but it does allow users to turn the Raspberry Pi into a fully functioning, and highly versatile tablet for a fraction of the cost of what we would normally fork out for an iPad or a Galaxy tablet.

The credit-card sized Raspberry Pi, developed by the Raspberry Pi Foundation, has proven extremely popular with technical minded individuals who not only want to tinker and hack on their own innovative hardware projects, but also utilize the hardware’s capabilities to gain a basic understanding of computer science if interested in the subject. Now, the addition of the official 7-inch touchscreen takes the hardware to a whole new level, allowing Pi owners to create integrated products if they so desire. 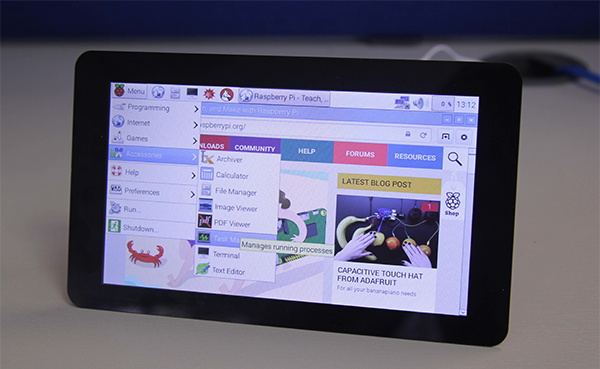 The Raspberry Pi Foundation notes that those purchasing the touchscreen could potentially create fully-functioning tablets, infotainment systems, and advanced embedded projects by combining the hardware. The low-cost touchscreen will ship with a 800 x 400 pixels display, that connects directly to the Raspberry Pi via an adapter board. It’s this same board that will also abstract a lot of issues away from the user by handling power and signal conversion. The touchscreen also offers integrated support for 10-finger touch, as well as an on-screen keyboard that’s bundled into the latest Raspbian OS. 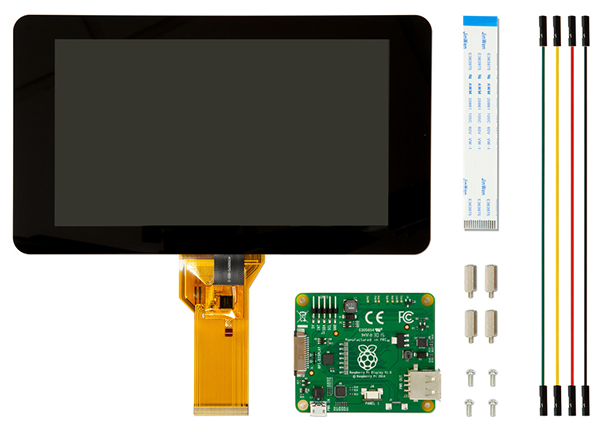 Those wanting to purchase the official 7-inch touchscreen should expect to part with a very agreeable $60. In return for that financial outlay the Raspberry Pi Foundation will ship the touchscreen display along with the aforementioned adapter board, a DSI ribbon cable to connect to the Raspberry Pi’s DSI port, four jumper wires, 4 stand-offs and screws, as well as a perspex layer frame to surround the display. Consumers can even choose a perspex from color of their choice to match their own tastes, all for $60.

The official touchscreen is available to purchase from the Raspberry Pi Swag store immediately, as well as a number of other popular physical outlets, such as RS Components and Allied Electronics. Let’s just sit back and wait for all of the Raspberry Pi touchscreen tablet based projects to hit Kickstarter.