When a new smartphone hits the scene, you’re usually stuck with just one choice when it comes to the platform. But Alcatel, looking to find a bit of a niche, has announced a new handset capable of running Android, Windows Phone or Mozilla’s Firefox OS.

Now, before we get a bit too carried away with excitement, it must be noted that we’re not talking about a device that boots multiple operating systems at will. No, the Alcatel Pixi 3 is instead available on each of the aforementioned platforms, and while, like most Alcatels before it, it’s very much a budget experience, there are four different versions available to grace the three well-known ecosystems.

The entry-level device packs a basic set of specs, including a 3.5-inch display, and unlike the other three, doesn’t offer LTE. The 4G-ready devices can found rocking 4, 4.5, and 5-inch displays, and while we’re not talking Galaxy Note or iPhone 6-killing performance, the flexibility in terms of specs and OS is very much an anomaly, even in a saturated mobile market.

Covering three different platforms seems a great USP, but while the choice will definitely appeal, there’s also the concern that Alcatel will only be able to produce half-baked experiences of each different OS. For the most part, manufacturers have tended to focus on Android, and this has ensured that with each upgrade, the consumer has enjoyed better fluidity and hardware-software integration, but one struggles to see how Alcatel will manage this with the Pixi 3. 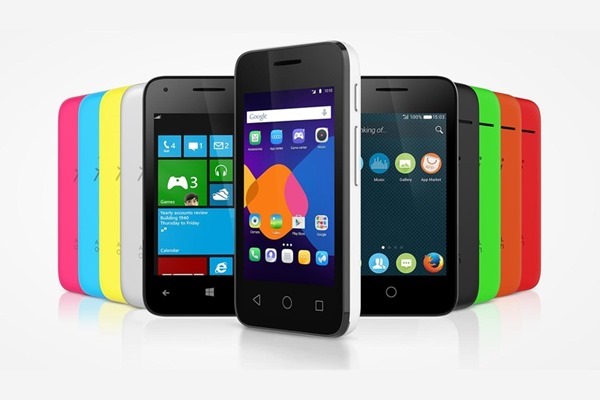 The company has already dabbled in the three platforms catered to by the Pixi 3, which is encouraging, and even if you’re not particularly interested in grabbing one of the four variants on offer, there’s no denying that this is a rather encouraging inroad towards a point when handsets will be able to load multiple platforms right out of the box.

Personally, I’d only use Android or iOS as a daily runner at present, but if a smartphone could run two or more side-by-side, my inner geek would get the better of me and I’d have to make the purchase.

All in good time, it seems, and for now, those looking for versatility and solid features on a budget may want to keep the Alcatel Pixi 3 on their radar.