The makers of Evernote, one of the best-known note-taking Apps for iOS as well as other mobile desktops, have released a new application: Evernote Peek, a really interesting academic app which uses iPad 2’s Smart Cover to make you smarter. 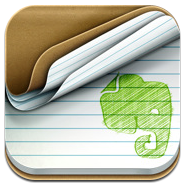 As the name implies, Evernote Peek involves peeking at your iPad. Instead of getting too dirty, I’ll just let the developers of this new app explain:

Evernote Peek is a free app designed to help you study, learn and strengthen your memory. Interacting with Peek is pretty intuitive. Once you’ve connected Peek to your Evernote account and selected your study materials, you simply close the Smart Cover and peek under it to see a clue. Raise the cover further to reveal the answer. To advance to the next clue, just close the cover and repeat.

Evernote Peek is probably the single application for the overhyped iPad 2 Smart Cover, and it’s obvious beyond belief: roll the cover up just a bit to see a question related to the subject you’re studying, then roll it up all the way to see the right answer. You can then mark your guess as right your wrong, so that the app will keep track of your score. Cover the iPad again to see another question, and start the cycle all over again: 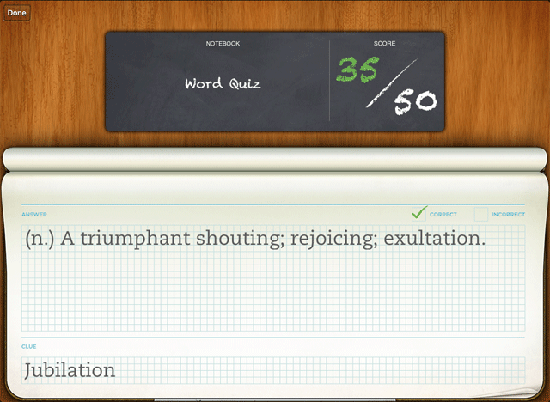 While you can set up Evernote Peek to display your own questions and answers, it gets a lot better when you download download text books made by others. Evernote provides several text books, and has recently partnered up with StudyBlue, a well-known maker of online of flashcards, allowing users to import content from there as well.

It’s impressive how a piece of hardware like the Smart Cover, which was seen by most people as a luxury more than anything, not has a practical application other than stopping your iPad from getting sun sick. First introduced earlier this year, along with the iPad 2 announcement, it was meant to shield the iPad’s glass screen. If you already spent your allowance on an iPad 2, you might as well use it to get better grades, right? 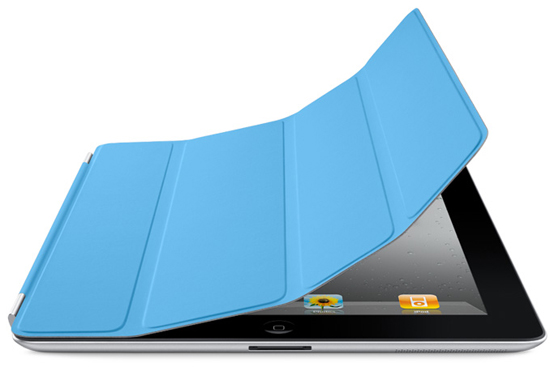 This is not a mere adaptation of the full-fledged Evernote: this is a brand-new app made by Evernote’s developers. If you own an iPad 2 with a Smart Cover, you can get this app now for free from the App Store.