So, with Thanksgiving now upon us, it’s likely that many of you have already spent a great deal on new smartphones, tablets, and of course, food and drink. But app devs are also joining in the shenanigans of today and the rest of the weekend, making huge price cuts that allow app shoppers to snap up some incredible bargains, and having just brought you a long list of paid iOS apps gone free, we’re back with another run-down of Android apps to be had at no cost.

Without further ado, let’s just jump right into the list! 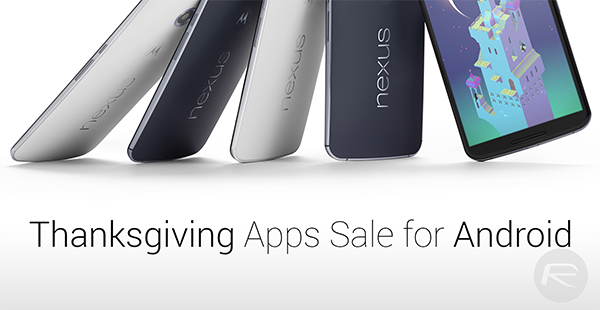 As you can see, the list is fairly long, and if you don’t want to sift through each and every one or simply don’t have the storage space to grab them all, there are a couple there that we must recommend.

EDGE Extended, for example, is a very tricky, enjoyable puzzler that can be classified among those easy to learn, but difficult to master. In fact, in getting stuck on some levels, you might end up questioning your sanity, but at a time when many devs are focused on keeping things simple, EDGE Extended is a fiercely challenging anomaly that’ll have you gripped.

As for apps, Simple-List Pro piques our interest due to its clean interface and straight-to-the-point ethos, and if you’re looking for a utility to help you better organize your life, then look no further.

These apps are available directly from the Amazon Appstore, so you’ll have to download them through the online retailer rather than the Play Store, but with such a haul of savings to be had, it’s an extra step worth taking.