It’s hard to put stock in half-baked rumors originating from a bevy of sources, but when the CEO of Tesla gives weight to them, one can’t help but dial down one’s skepticism. In an interview with BBC, commenting on the rumors regarding Apple working on building its own electric or self-driving car, Elon Musk expressed his certainty regarding the matter, saying that it was quite “obvious” the Cupertino company is preparing for an entry into the automotive space and that he believed it could actually do quite well in the business.

It has been nearly a year since rumors of the “Apple Car” starting popping up, with the company hiring engineer after engineer with experience in the automobile industry and Apple CEO Tim Cook even paying a visit to a BMW factory in Germany further fueling said rumors. The beginning of this year saw yet another indication of Apple’s possible foray into the automobile business as the company registered three car-related web domains in its name – namely, Apple.car, Apple.cars, and Apple.auto – and now, Tesla’s CEO has hopped onto the Apple Car rumor train. 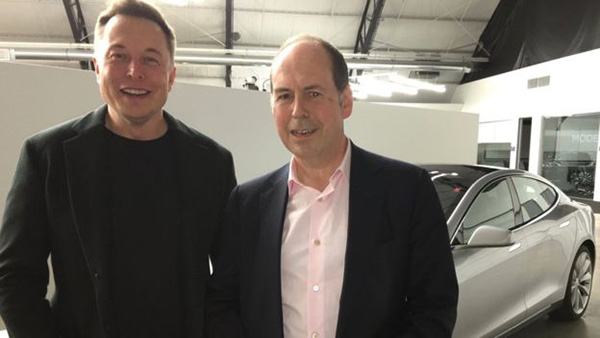 When asked if he thought Apple was building its own electric car, Musk commented that “it’s pretty hard to hide something if you hire over a thousand engineers to do it.” He went on to call Apple’s alleged endeavors an “open secret.”

“It’s quite hard to do, but I think companies like Apple will probably make a compelling electric car. It seems like the obvious thing to do,” Musk said, when asked if Apple’s offering would pose a threat to Tesla. The SpaceX CTO said that he believes in encouraging participation for the growth of the electric car industry.

Of course, there is still that small chance that the technology entrepreneur is mistaken and that Apple may actually be, say, working on a software platform for electric and/or self-driving cars, but considering everything that’s come to light, if I were to make a guess at this point, I’d bet on Musk’s theory.

You can watch the relevant portion of the BBC interview below.