Tesla has begun to move some of the vehicles it sold with radar hardware to Tesla Vision, as was expected when the hardware was removed from new cars towards the middle of last year.

At that time the non-radar vehicles had to use Tesla Vision because they had no alternative, but it was always a matter of time before the existing fleet made the switch as well.

The news comes after Tesla started to roll out its latest software update, dubbed 2022.20.9. Now, a report by notateslaapp.com says that the new update is starting to move some radar-equipped vehicles over to using Tesla Vision for the first time.

However, the rollout isn’t happening quickly and it could take some time before all vehicles use Tesla Vision.

That isn’t the only change in this new update, however. Dynamic Brake Lights are now available in additional countries, flashing the brake lights if the car slows down particularly quickly. The vehicle’s hazard lights will also flash temporarily to alert anyone driving behind. 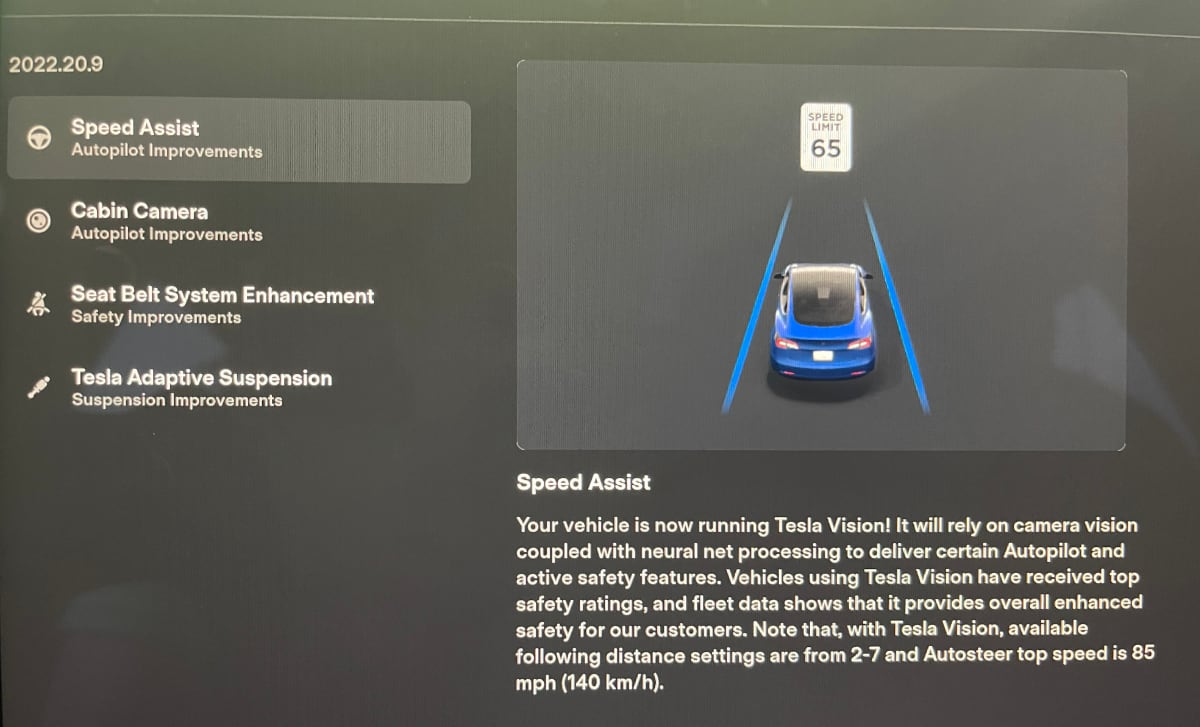 This feature was previously rolled out to many European nations in 2020, but it is now being expanded to several new countries. Some of the new countries include Australia and New Zealand, but there may be others included as well. We do know that the U.S. is not one of the new markets.

If you aren’t yet seeing the new features, hang tight. Tesla will no doubt get to you eventually.