We are back again with some excellent deals that have more than agreeable price reductions applied to them.

Today we have a power-packed Nvidia Shield Android TV set-top box which comes with the gaming controller and remote control bundled in. There are also select Pebble Time smartwatches available at over 40% off their original prices, as well as a lens kit for your iPhone or Samsung Galaxy phones, and a 1080p portable action video camera.

All the deals listed below are time sensitive and in most cases will expire at the end of day today, so if there is a product in there that you have your eyes set on, you best act fast before it falls back to its regular price.

Nvidia Shield is one of the best set-top boxes around. It’s a streaming device and gaming console all packed in one box. This offer applies to the 16GB version of the Nvidia Shield 4K Android TV set-top box, complete with the Shield Remote, Shield Controller, and an HDMI cable for TV connectivity. The Shield experience provides access to a wealth of entertainment-based content in 4K Ultra HD or 1080p from providers like Sling TV, YouTube, Netflix, Hulu and more. It’s powered by Android TV OS and is also a powerful mobile gaming console thanks to Nvidia’s own gaming platform.

The Polaroid Cube HD has had to compete with the likes of the amazing GoPro camera range, so it probably hasn’t managed to hit the sales numbers that Polaroid would’ve hoped for. But if you’re after a very capable, fun, and cute little lifestyle live action camera, then the Polaroid Cube may be the right choice for you. It features a 6-megapixel CMOS 124-degree wide-angle lens for crisp still images, along with a selectable 720p or 1080p resolution for video recording. As for placement, it “Mounts Magnetically or with Clip for a World of Exciting Action Applications”. 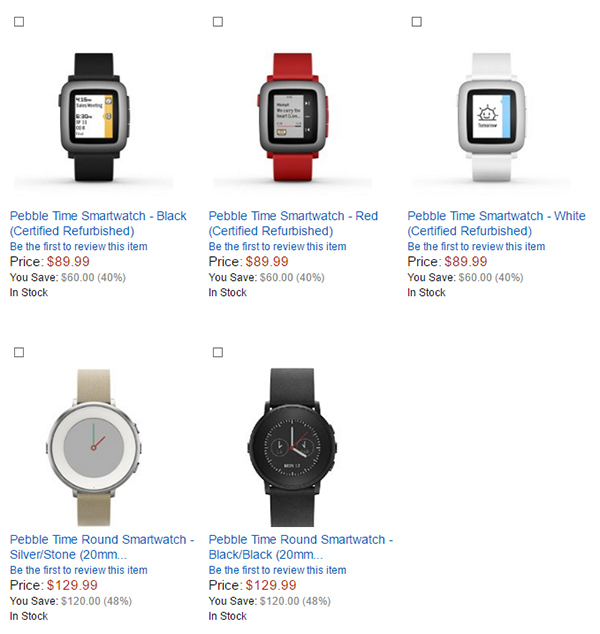 Smartwatches are all the rage at the moment, and it was a trend that was kicked off in part by the release of the original Pebble after a successful Kickstarter campaign. The excitement around the Pebble has since been replaced by more capable and functional watches from the likes of Apple, and other manufacturers who adopted the Android Wear platform. If however you want to stay away from those, and get an absolute bargain starting with 40% off, there are some excellent deals to be had on the Pebble Time. Oh and Pebble Time works with both iPhone and Android devices.

Buy: Pebble Time Smartwatches from Amazon: Over 40% off. 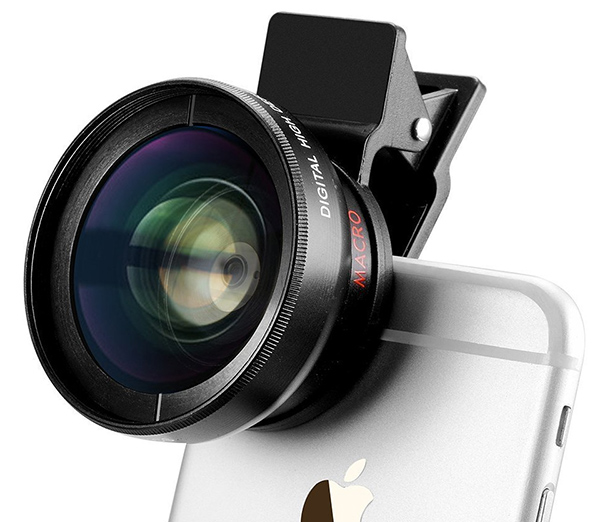 The standard camera on the modern day smartphones is generally powerful and capable enough for the majority of us to snap an image or two while out and above. However if you take your mobile photography seriously, then the Apexel HD lens for devices like the iPhone 6/6s or the Samsung Galaxy range may just be the lens for you. The lens itself is designed to turn your smartphone into an instant DSLR-like camera. It’s lightweight, reduced in price, and has a simple clip setup to snap onto the compatible smartphones in question.