Right now is probably the best time yet to pick up Samsung’s current flagship phone, with the Galaxy S9 currently available in both new and refurbished form at two pretty great prices. If you don’t mind going the refurbished route, you can pick up a Galaxy S9 for less than $500 and that’s a hell of a deal.

Starting off with the new phone, Amazon is offing a brand new 64GB version in Midnight Black, complete with full US warranty, for the very reasonable price of $650, which is a very good saving over the normal price you might expect to pay for such a phone. 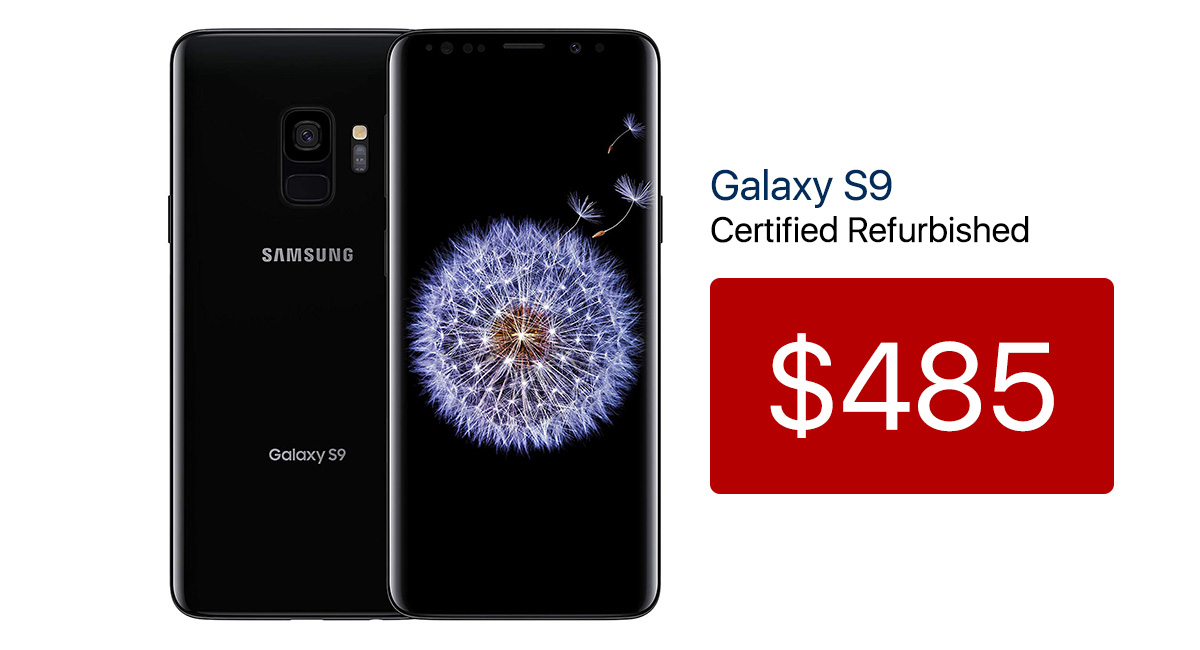 If, however, you don’t mind going the certified refurbished route, the same phone can be yours for just $485, which is an absolute bargain for a phone of this caliber. The phone is compatible with all the major US phone carriers and has been tested and certified to work “as new” by Amazon’s approved third-party. Sounds great, right?

No matter which phone you get, you’ll receive a handset with IP68 water resistance, a 5.8-inch Super AMOLED screen, and support for anything up to a 400GB microSD card that will allow you to expand the built-in memory considerably.

The Galaxy S9 is a great Android phone, and with Android 9 Pie on its way to the handset soon after the start of next year, it’s going to be a great phone for the year to come, too. If you were planning to get one, you might as well lock in that purchase right now while this deal lasts.