Numerous studies have drawn some hilarious conclusions on the apparent differences between iOS device owners and their Android-toting counterparts. Research carried out last year, for example, revealed that in general, iPhone owners were younger, wealthier, and more intelligent than those in ownership of a Samsung Galaxy, and now, this study by venture capital firm Battery Ventures pitting iOS up against Android appears once again to reflect Apple as the brand of choice for the affluent. 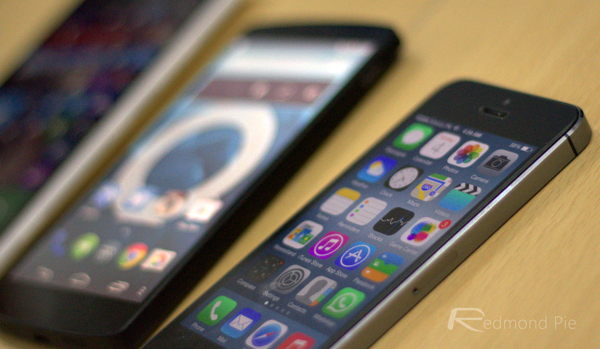 Of course, since Android handsets vary in price from low-end right up to the likes of the Samsung Galaxy S5 and HTC One M8 at the top of the pile, it stands to reason that you’re going to find a mixed bag of folks owning devices running on Google’s platform. The iPhone, meanwhile, is a high-cost premium product whichever way you look at it, especially given that the 2.5-year-old iPhone 4s still sells for around the same price as a highish-end Android, and so for that reason, those with less disposable cash are, by and large, more likely to buy Android.

But nevertheless, this study reveals some interesting stereotypes that will no doubt serve as decent fodder in the ongoing iOS vs Android debate. iPhone users are, for better or for worse, more likely to have invested in the stock market, and less likely than Droidsters to engage in potentially damaging habits like eating fast food regularly and smoking tobacco products. 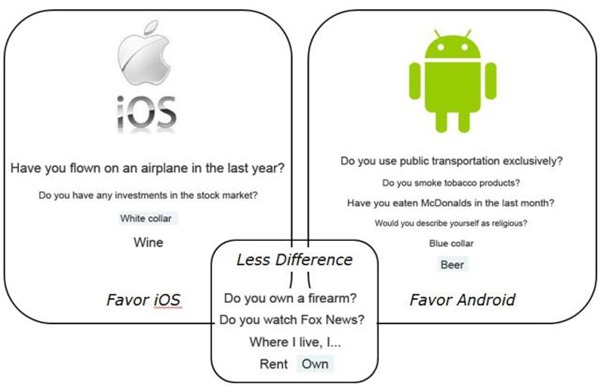 Amusingly, both parties considered in the study are equally as likely to watch Fox News and own a firearm, so while they may have disagreements on what foods to eat, how to travel and which mobile OS to run, there are still some common traits.

The study is necessary to help firms discover the demographics of certain consumer bases, from which advertisements and services can be adapted accordingly. But while it has drawn some compelling conclusions, it would be naive to assume that all iPhone owners are pompous, wine-sipping jet-setters and that Android users are Homer Simpson types who drown their sorrows at the back of the bus. That would be completely false.