Capcom’s much anticipated iPhone port of Street Fighter IV was just released last night. This classic franchise is perfect for the iPhone and iPod Touch. Many have been on the edge of their seats, since it was announced. 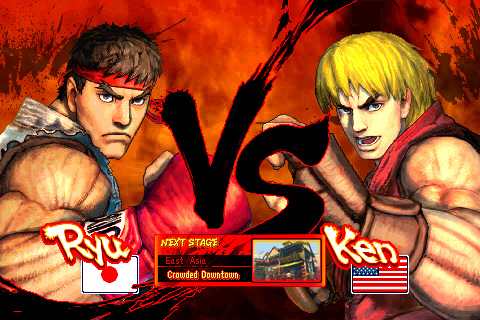 Here are the details form the App Store:

Street Fighter 4 delivers the first true fighting game on iPhone. This uncompromising fighter features all the visceral thrills, fantastic graphics and brilliant gameplay that are hallmarks of the series.

Long time Street Fighter fans can jump into the action and have an instant familiarity with the controls. For more casual players Street Fighter 4 features numerous settings and tutorials that put you on the path to world warrior.

Oh, and did we mention MULTIPLAYER. Street Fighter 4 supports head-to-head arcade play over Bluetooth!
———————————————————————————————
Features:
– Fight as eight Street Fighter characters in seven different environments.
– Full move sets including Unique Attacks, Special Moves, Focus Attacks, Super Combos and Ultra Combos.
– For a true arcade experience, battle head-to-head on Bluetooth against friends and foes alike.
– Robust “Dojo” boot camp transforms neophytes into Street Fighter masters in five in-depth lessons.
– Customize the controls for your style of play. Move the buttons anywhere you want on the screen and set the level of transparency.
– Unleash super moves with a tap of the “SP” button, or toggle it off from the “Options” menu if you want to enter the button combo manually.
– Four levels of difficulty.

I haven’t had a chance to play this yet, but reports are that this is an excellent port of the game, with killer graphics, and with all the sound effects you know from the franchise. A lot of your favorite characters are here, including Ryu and Ken. The fighter controls are easy to learn, with the touch screen analog stick and four action buttons. 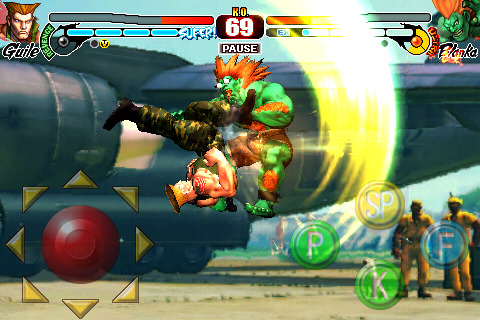 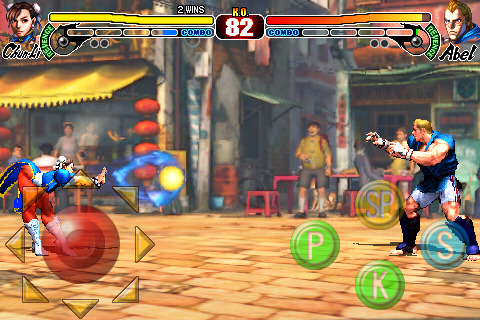 Street Fighter IV is available now, in the App Store for US $9.99. If you’re a big fan of this all time classic series, this is a must have for your iPhone or iPod touch.