Now here’s something a little odd. In fact, the more we think about it, the more it doesn’t really make any sense at all. Read on, and you’ll see what we mean.

Squarespace, the web hosting company that also offers full WYSIWYG website design, has released a new iOS app. That’s fine, you say, how does it tie in with their existing business? Well, the answer is that as far as we can tell, it doesn’t. 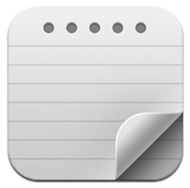 Squarespace Note is exactly what the name suggests – a note-taking app. It works how you’d expect, too. Opening the app lets you create notes on the fly, ready for when you’ve either got time to process them in some convoluted GTD system, or just when you need to remember what it is you went to the shop for. It’s not the first note-taking app on the App Store, and we’re fairly sure it won’t be the last.

There are all the usual syncing features in there too, and your notes can be kept on Dropbox or another of a range of online storage services. There’s Twitter sharing, too, should you want to tell the world that you need to pick up toilet roll and milk. There’s even Evernote support, too. 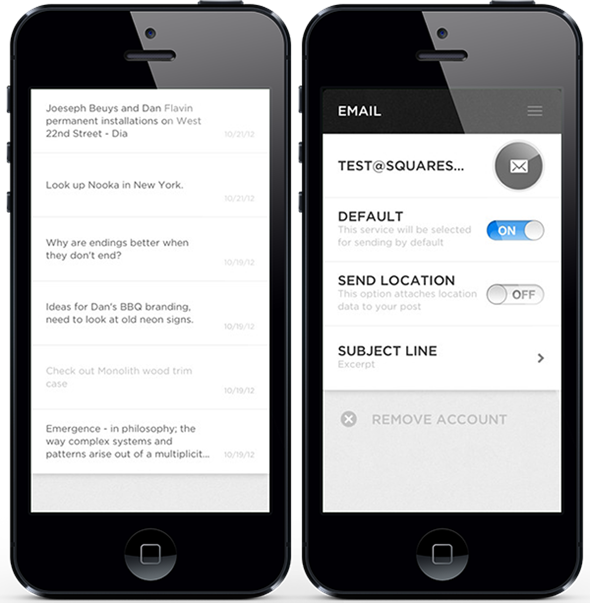 A trawl through the early reviews of Squarespace Note suggest that it has its fans and, indeed, its haters. The app is free, which is always nice, which means you can give it a try and risk absolutely nothing.

As far as we can tell, Squarespace Note doesn’t tie in with the company’s main business at all, which has us most confused. Why release it at all? Maybe we’re looking into the whole thing a little too deeply, but an app this polished and an apparent pivot from a company’s existing business doesn’t come along very often. We’d like to know why, no matter how benign a reason there is behind the scenes. We’re not suggesting anything sinister, just merely a little… odd. 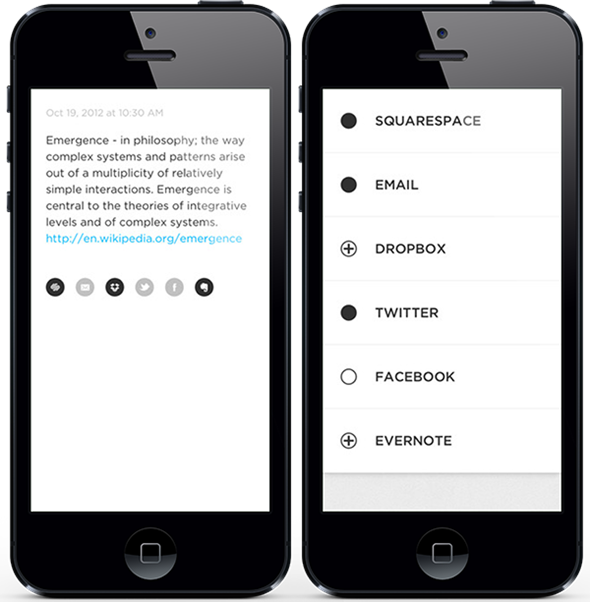 Whatever the reason, Squarespace Note appears to be a rather nice little note-taking app with nifty gestures to get you around the UI, and if there’s still a void in your life for another app that lets you take notes, then this is one that is worth checking out. It is free after all!