iPhone 4S To Arrive On Sprint

Unless you have been without an Internet connection for the last week, you’re likely aware that Apple was to hold an iPhone-related event today, which it wrapped up less than one hour ago. One of the products announced was the iPhone 4S, which will be also be available on Sprint, in addition to Verizon and AT&T. 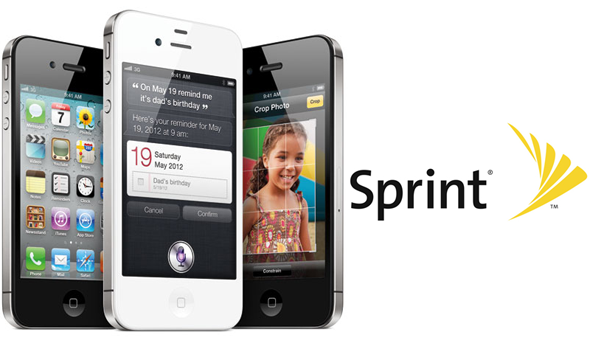 Back when the iPhone was first launched in 2007, Apple signed an exclusivity deal with AT&T, which prevented the device from being sold through any other carrier. This deal remained in place until earlier this year when Apple finally released a CDMA-capable iPhone 4 for Verizon. The iPhone 4S has been built from the ground-up to support both CDMA (for Sprint and Verizon), as well as GSM (for AT&T), allowing users to switch carriers without switching devices. This also means that the iPhone 4S would be theoretically capable of supporting T-Mobile, another GSM carrier, although no announcements were made today on that front.

Rumors of a Sprint iPhone have been going around for months, and intensified over the last few weeks. The device’s arrival to the carrier was nearly confirmed when Sprint itself took the time to send a memo to its employees to remind them not to comment on a possible iPhone 4S with customers or family members. Generally, that’s only needed when a product is about to come out.

The iPhone 4S had also been rumored for months as the successor to the 1-year-old iPhone 4: these rumors were proven true today. The new device has the same form factor as the previous model, with the same screen size and casing. The real difference is with the internals. The iPhone 4S includes a dual-A5 processor, similar to the one found on the iPad 2, a higher-resolution 8-megapixel camera as opposed to the 5-megapixel one found on the iPhone 4, as well as several enhancements to the display, which is now supposed to be crisper.

The iPhone 4S is scheduled to be released in the US, Australia, Canada, France, Germany, Japan and the UK on October 14th, but if you don’t want to wait, you’ll be able to preorder your device starting this Friday, October 7th. Despite the lack of visual changes, many will certainly enjoy the added benefits of a crisper screen and the faster processor.